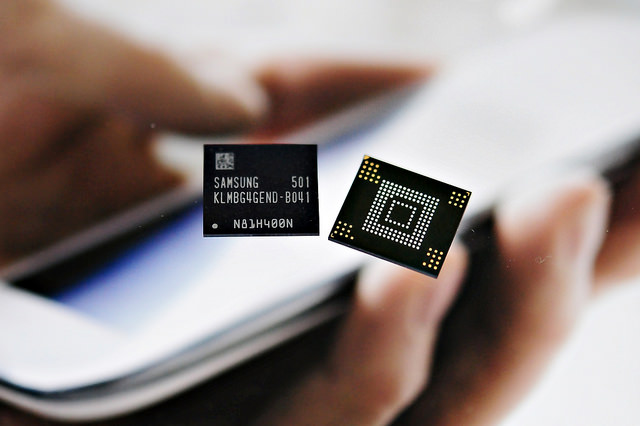 Samsung, the world’s top maker of mobile DRAMs, took up 52.1 percent of the global market in the January-March period with US$1.8 billion in revenue. (image: Samsung electronics)

Samsung, the world’s top maker of mobile DRAMs, took up 52.1 percent of the global market in the January-March period with US$1.8 billion in revenue, up from 46.1 percent a quarter earlier, the data compiled by industry tracker TrendForce showed.

Samsung’s leap in the market share was attributed to strong sales of its 23-nanometer products.

“Samsung is currently mass producing 20nm and 23nm mobile DRAM, and the memory maker is leading the pack when it comes to LPDDR4 production and is the first to launch 6Gb and 8Gb products. In sum, Samsung’s earning power will continue to grow,” TrendForce said.

“SK hynix’s mobile DRAM revenue decreased significantly in the first quarter. The supplier was hit especially hard by seasonality because it does not have a captive market as Samsung does,” it added.

U.S.-based Micron Technology took up 22.6 percent of the DRAM market in the first quarter with a revenue of $809 million, slightly down from 23.3 percent posted a quarter earlier.