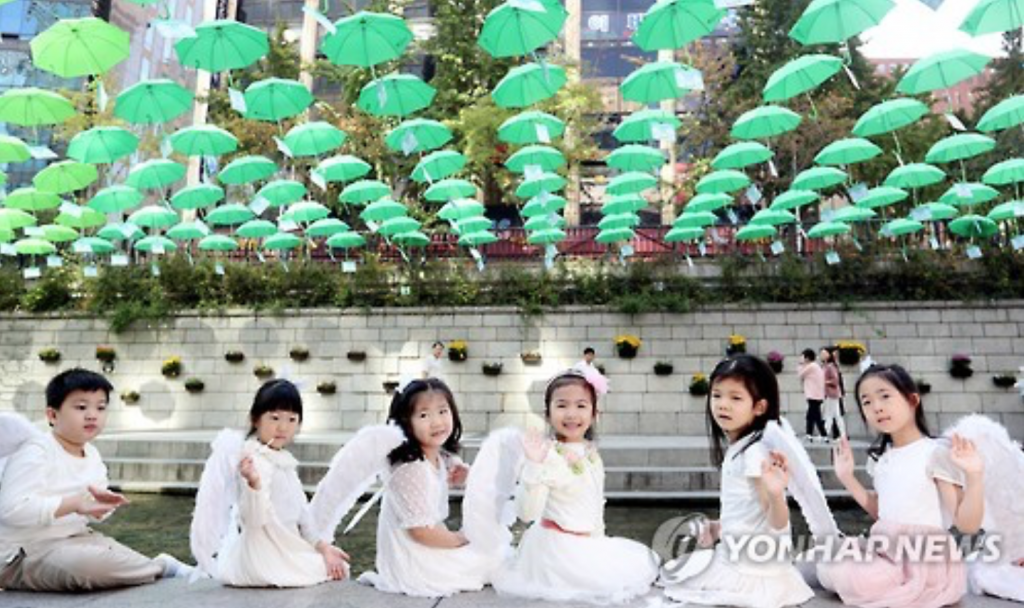 SEOUL, Oct. 4 (Korea Bizwire) – Children in angel costumes showed up at Cheonggye Plaza Tuesday for a ceremonial event officially declaring October 4 as the Day of Angels.

The Day of Angels campaign was first organized in 2014 by ChildFund Korea, a charity and welfare foundation, to help children in uncertain economic circumstances and those with physical or mental disabilities from both Korea and overseas.

October 4 was chosen by the organization as the date 10/04, if read 1004, is pronounced ‘cheonsa’ in Korean, a homophone for both the number 1004 and the Korean word for angel. 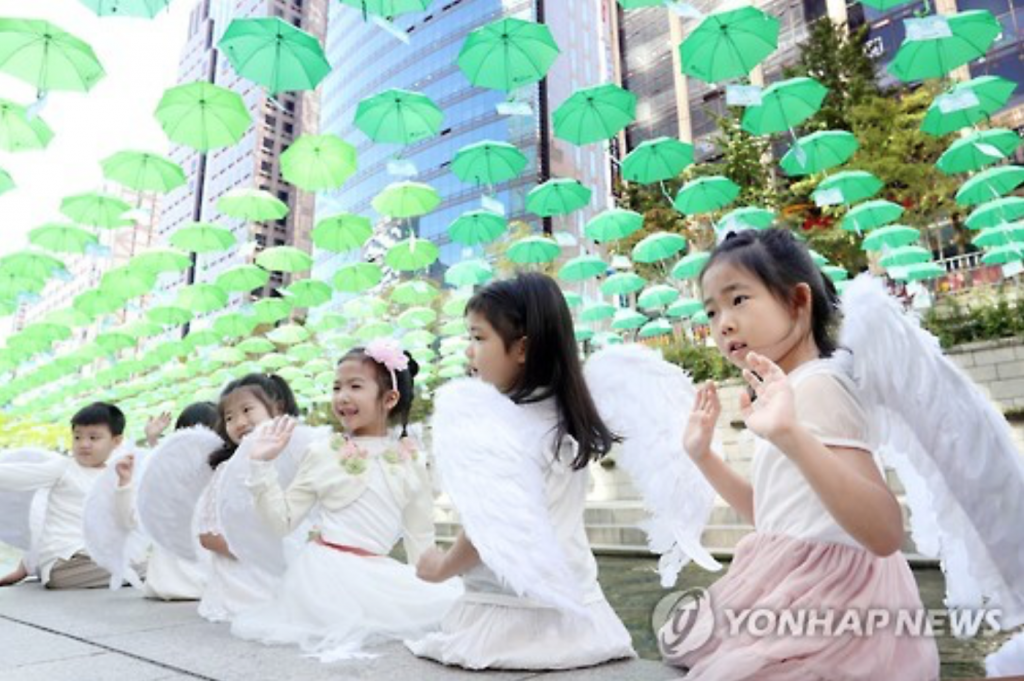 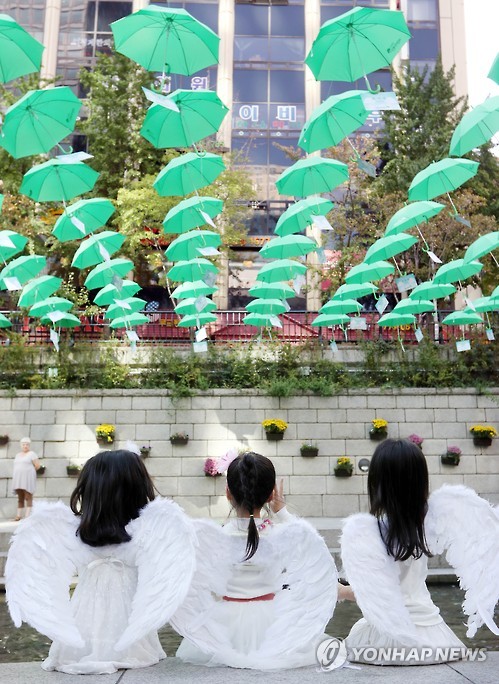