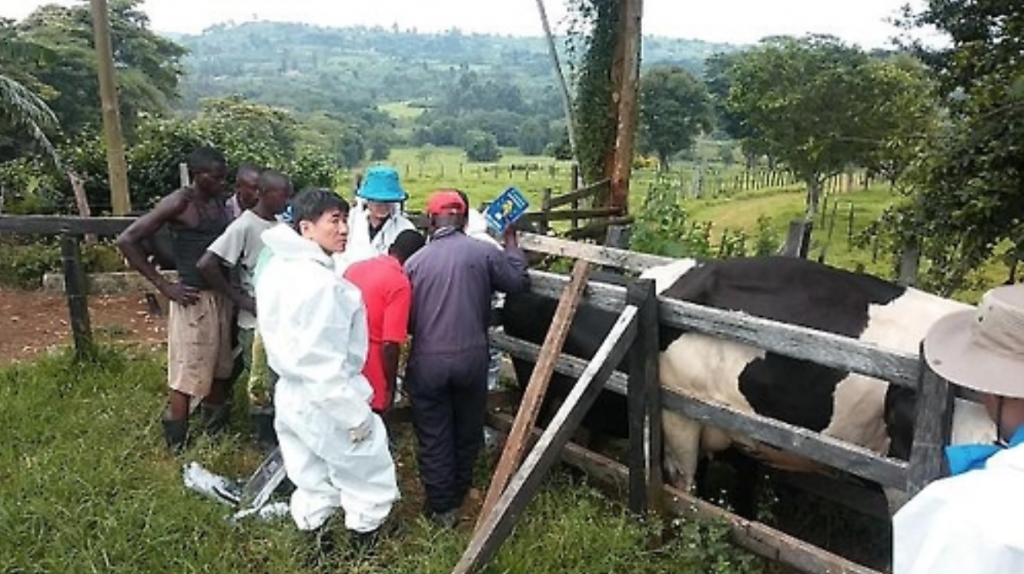 This year’s exports went to Uganda on request from livestock farms in the African country, the Ministry of Agriculture, Food and Rural Affairs said. Such arrangements are different from exports under South Korea’s overseas development aid program that is tied to improving Uganda’s dairy farms, and are more meaningful, the ministry said.

South Korea has exported some 26 million won (US$22,138) worth of genetic material for dairy cattle to East Africa so far. This year’s exports are worth about 28 million won, according to the ministry.

The region in Africa is showing an annual economic growth of 5 to 7 percent, buoyed by vast farmland, favorable climate and natural resources, the ministry said. Such conditions have expanded the market for milk, and dairy farms are being organized to a larger scale, it said.

The ministry is negotiating with Malaysia for similar arrangements, hoping to start exports within the first half of next year.