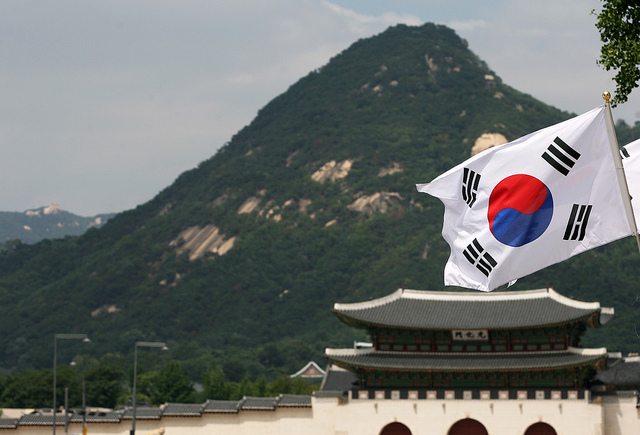 When it comes to national brand image, global brand value, and trade volume, Korea is a top-ten country. (image: KOREA.NET – Official page of the Republic of Korea at flickr)

SEOUL, Korea, Oct 28 (Korea Bizwire) – How well, or badly, is Korea doing in terms of statistical numbers? By the early 2010s, this country of 50 million population has become one of the world’s top nations in terms of manufacturing prowess. When it comes to national brand image, global brand value, and trade volume, Korea is a top-ten country. In areas of labor and society, however, the country lags far behind industrialized nations of Europe and North America. The ratio of energy independence is also very low.

The Institute for International Trade, an economic think tank affiliated with the Korea International Trade Association published on October 27 a graphic booklet “Korea in the World” detailing how the country is doing in terms of 170 categories. According to this book, Korea’s manufacturing sector is doing extremely well, including mobile phones (No. 1 in the world), semiconductor sales (No. 2), ship orders booked (No. 2), and auto production (No. 5). 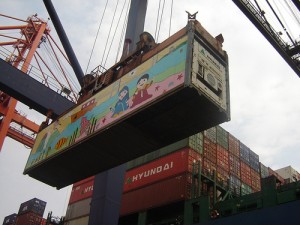 According to this book, Korea’s manufacturing sector is doing extremely well, including mobile phones (No. 1 in the world), semiconductor sales (No. 2), ship orders booked (No. 2), and auto production (No. 5). (image: Port of Tacoma at flickr)

In financial area as well, Korea’s volume of international reserves and stock transaction amount were ranked No. 8 in the world. When it comes to the e-government index (as of 2011), the number of international conferences held (2012), the number of patent applications (2011), the ranking was first, fifth, and fourth, respectively. In the national economic competitiveness ranking compiled by the International Institute for Management Development (Lausanne, Switzerland), Korea was ranked No. 8, up two notches from the previous year.

But the problem is that Korea’s high performance was almost exclusively accounted for by a single company Samsung Electronics. The sales revenue of semiconductor production was No. 2 in the world largely because of Samsung that rang up $30,474 million in sales. Mobile phone shipments too were No. 1 because of Samsung’s 385 million units. The only Korean company that made the top-ten list last year in global brand value was Samsung at ninth. That’s no surprise for a company that accounts for more than 30 percent of Korea’s total GDP.

If you look at social indicators, Korea’s picture can’t be gloomier. As of 2012, the ratio of women’s labor market participation was only 49.9 percent (25th in the world). Women’s fertility rate was one of the lowest in the world (1.29 babies per fertile woman) at 146th out of 150 nations. Per-person annual labor hours are also the world’s second highest at 2,090 hours.

The degree of energy dependence on foreign sources has not improved. The volume of oil consumption is No. 8 in the world and the amount of crude oil imports is also fourth highest in the world. As a result, Korea’s international competitiveness ranking measured by Swizerland’s IMD was 22nd (75.17 points out of 100.0).

The ranking in trade volume last year rose one notch to eighth from 2011. But the degree of trade dependence is excessively high at 94.5 percent (36th in the world), much higher than those for major countries such as China (47%), Japan (28.3%), and the United States (24.7%). Too high a trade dependence ratio implies weakness in the domestic economy incapable of absorbing output. As for the number of export items with top global market share, Korea ranked 15th in the world with 61 items in 2012, down two notches from 2011.

One thought on “Korea in Numbers: Strong in Manufacturing But Not So Happy with Their Lives”