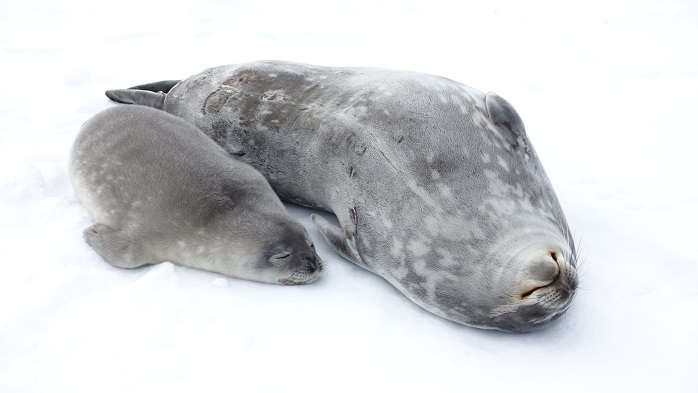 SEOUL, March 12 (Korea Bizwire) — The Korea Polar Research Institute revealed reports and photos of a seal family on Thursday that researchers have been studying for the past four years near South Korea’s King Sejong Base on King George Island, 120 kilometers off the northwestern coast of Antarctica.

South Korean researchers looked after seven groups of mother and pup Weddell seals on the island from 2015 to 2018.

This is the first long-term study on seals conducted at the South Shetland Islands, where King George Island is located, in the 21st century.

Weddell seal pups were born between Sept. 19-25 in 2015 when spring typically arrives at Antarctica.

The research team claimed that these seals were born 15 days earlier than those living closer to Antarctica, indicating that global warming can alter the breeding season for seals. 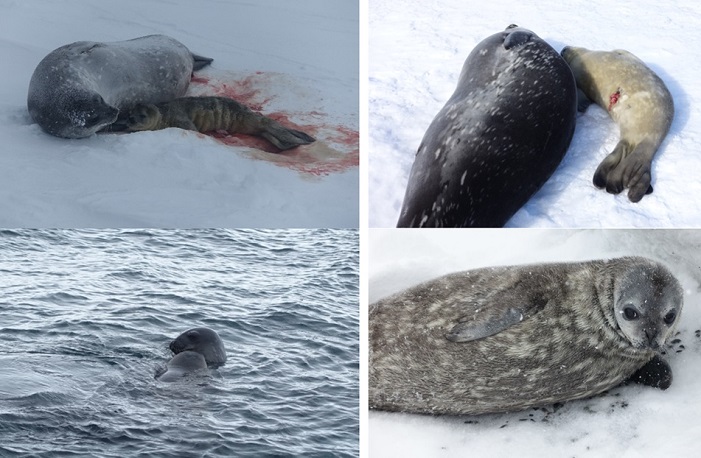 Once global warming melts the icebergs and sea ice where the seals live, it will also take a toll on the habitat for squid, fish, and other animals that seals feed on, as well as the population of the seals themselves, the research team said.

The research team succeeded in observing seals taking care of their pups.

Using a drone equipped with a thermal camera, the team was able to distinguish an elephant seal cow from its pup by observing the heat temperatures of the seals and the surrounding ice.

Elephant seals, like Weddell seals, inhabit the coast of Antarctica. They are one of the most common species found near King Sejong Base.