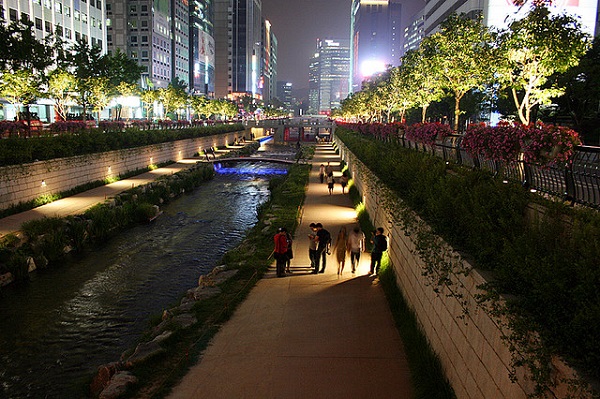 The Legatum Institute’s 2014 Prosperity Index measures a total of eight categories that show how nations perform in the areas of economy, education, health, personal freedom, safety and security, entrepreneurship, social capital and governance.

Korea hit the 9th highest in the index of economy and 15th in education while scoring lower in personal freedom (59th) and social capital (69th).

The report found that 72.2 percent of Koreans are satisfied with their standards of living in  their country. But the report also found that only 43.9 percent donate to charities, much lower than the world average of 48.9 percent.

The index reveals Norway as the most prosperous country in the world for six consecutive years from 2009, followed by Switzerland, New Zealand, Denmark, Canada, Sweden, Australia, Finland, the Netherlands and the United States, most of them are Western countries.

Some African countries including the Republic of Chad, the Democratic Republic of the Congo and Burundi took up lower positions in the list. In particular, the Central African Republic finished at the bottom.

Some said they can’t believe the result of South Korea, however, since its suicide rate is the highest among OECD countries for ten consecutive years. About 40 people killed themselves per day last year.

SEE ALSO: Korea Holds the Highest Suicide Rate among OECD Members, for 10 Years in a Row

Statistics Korea revealed in 2012 that 28.1 percent of the cause of death was suicide. The number of those who killed themselves stood at 14,160, which means that one Korean commit suicide per every 37 minutes.

Among the dead, the underprivileged and the elderly were most, which means that those are particularly in the blind spot of our society with a weak welfare policy.

There is a lack of proper policies to prevent suicide, however, let alone advanced welfare policies. The South Korean government set aside only 7 billion won in its budget for suicide prevention every year while neighboring Japan prepares 300 billion won a year.