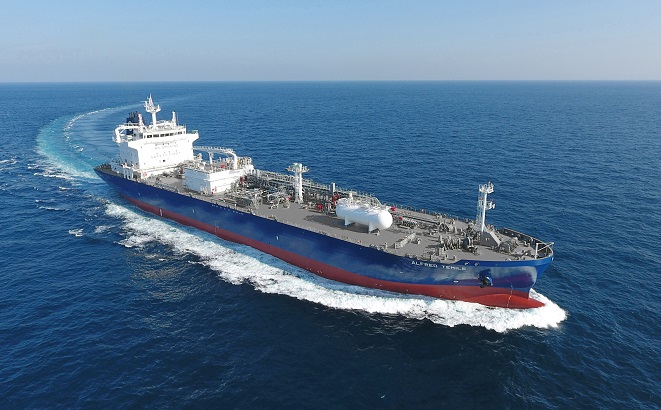 The newly-developed system, dubbed Hi-eGAS (Hyundai High Efficient Gas Supply System), is based on the concept of recycling the waste heat generated during the process of supplying fuel to LNG-powered ships.

Compared to existing systems, it can reduce fuel consumption and carbon emissions by 1.5 percent.

LNG-powered ships, in general, have used boilers to make hot steam, which has converted LNG at a temperature of -163 degrees Celsius into a gas at room temperature to supply a ship’s engine.

However, this process has the disadvantage of increasing fuel costs and carbon emissions.

Hi-eGAS reduces unnecessary fuel consumption by using the waste heat of a ship’s engine to heat the LNG fuel.

In addition, a new heat exchanger, a core part of the Hi-eGAS system, was jointly developed in collaboration with a domestic marine equipment maker, thereby greatly reducing the risk of ice formation within the LNG fuel supply system.