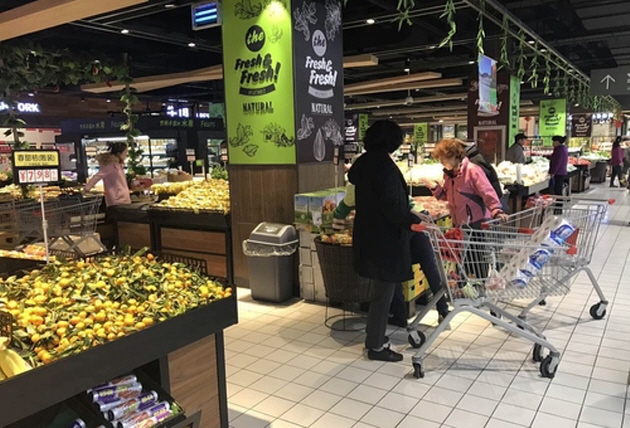 Chinese authorities and state media have strongly condemned the deployment of the high-altitude missile defense system (THAAD) on the Korean peninsula, while Chinese consumers are shopping at Lotte mart. (image: Yonhap)

SEOUL, Mar. 3 (Korea Bizwire) – The threat of retaliation by China is increasing with the conclusion of a land swap deal between the Ministry of National Defense of Korea and Lotte Group crucial to implementation of high-altitude missile defense system (THAAD), and the subsequent acceleration of plans to deploy the American missile battery on the Korean peninsula.

Chinese media have been actively provoking negative sentiment against Korean companies such as Lotte, sometimes through the encouragement of boycotts and it has also been confirmed that these efforts are part of retaliatory measures resulting from opposition to Korea’s THAAD decision.

In response, Korean experts in foreign relations, businessmen, and ordinary citizens have said that it is unfair to blatantly threaten only the weak South Korean government and businesses, while remaining silent about the U.S. government, American corporations, and Japan – which has also expressed interest in deploying a THAAD battery.

A editorial in the English edition of the “The Global Times,” a sister tabloid of the Chinese Communist Party’s official newspaper, said “Chinese consumers should be the main power to give a painful lesson to Korea by punishing the country through market forces.”

“As conflict between Korea and China accelerates, Samsung and Hyundai will also have difficulties in the near future,” the editorial went on to say, adding “Lotte Group and other famous Korean retailers should also be sanctioned by Chinese consumers.”

These comments are clearly a threat that not only Lotte, designated as the ‘THAAD site provider’ in China, but also other Korean companies could be subject to retaliation such as boycotts.

In addition to the news media, Chinese consumers are also openly expressing hatred against Korea and Lotte.

The Weibo (a Chinese microblogging site) page of Lotte Duty Free Shop has been inundated with over 20,000 Chinese netizens posting comments excoriating the company and demanding that it leave China and ‘Lotte Mart’ has suddenly disappeared from the major Chinese online shopping site ‘jingdong.com’.

The Lotte Group’s Chinese website (http://www.lotte.cn) has been down since the afternoon of February 28, when the contract for the THAAD site was finalized.

Lotte also said that a car with the phrase “Get out of China, Lotte” had been parked at the entrance of a distributor’s store.

According to Weibo, unidentified gangs appeared in the vicinity of Lotte Department Store in Chidong County, Jiangsu province on the afternoon of March 2. The protesters held a banner reading “Lotte has declared war on China, Leave China” and damaged a Korean vehicle nearby.

Regulations suspected to be Chinese retaliation for Lotte are also being confirmed.

Some food companies were notified of an unexpected “dropout” in the re-entry examination of online shopping malls in China, and a retail store was asked by Chinese authorities to remove advertisements in front of rooftop neon signs and entrances.

There is a growing public criticism about the threats and agitation from China in Korea.

Kim Seok Joong, CEO of Hyundai Investment Asset Management Co., said, “China has a confrontational relationship with the United States, but they cannot talk directly to the United States because they want to maximize profits.”

“China is dreaming of becoming the world’s number one in information technology (IT), and in many ways, its biggest competitor is Korea. .” “It seems that there is an intention to shake Korean companies by taking advantage of this opportunity,.” said Kang Jun Young, a professor of Chinese Studies at Hankuk University of Foreign Studies (HUFS).

However, as a result, China’s excessive threats and the actual “economic disputes” with Korea are not favorable to China itself.

“It does not make any sense to take economic retaliation for military security problems,” added Kang.