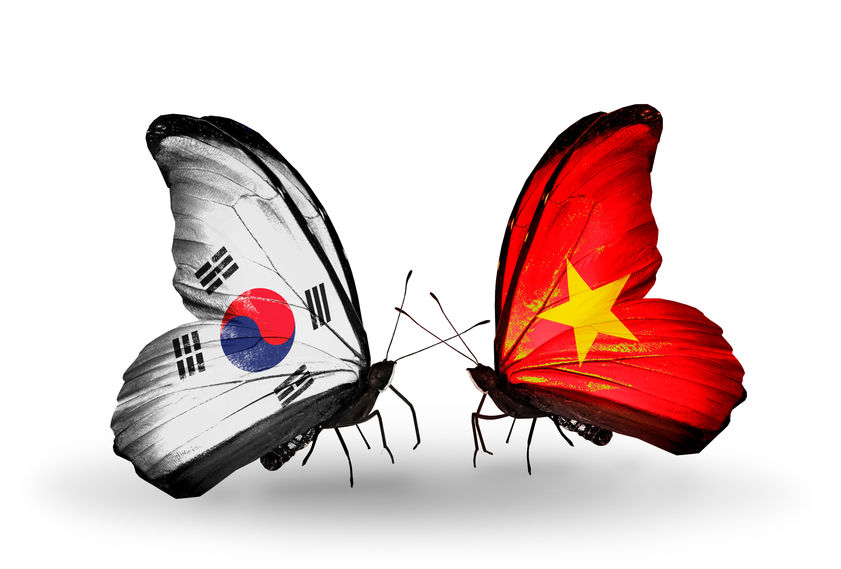 An ASEAN member nation, Vietnam has been subject to the Korea-ASEAN free trade agreement in effect since 2007. (image: Kobizmedia/Korea Bizwire)

SEOUL, Dec. 11 (Korea Bizwire) — The Korea-Vietnam free trade agreement has been reached on December 10 after 28 months of negotiations since beginning talks in August 2012. Korean President Park Geun-hye held a meeting on the same day with Vietnamese Prime Minister Nguyen Tan Dung in Busan ahead of the 2014 ASEAN-Korea Commemorative Summit and declared a de facto conclusion of the free trade agreement between the two countries.

Especially given Japanese manufacturers have taken advantage of low duties under the Japan-Vietnam FTA signed in 2009, according to a Cheongwadae (Presidential Palace) official, the Korea-Vietnam FTA was urgently needed. The two countries agreed to a total of 17 chapters on overall economic issues including goods, services, investment, intellectual properties, and competition. In particular, the Vietnamese side included electronic commerce as one of the chapters for the first time.

In terms of number of traded items for Vietnam, the liberalization ratio will rise to 89.2 percent (additional 200 items up for liberalization) from 87.0 percent. In particular, items that were not subject to market opening including passenger cars (over 3.0 liters), freight trucks (5-20 tons), automotive parts, cosmetics, make-up goods, and home appliances (refrigerators, washing machines, rice cookers) were liberalized this time.

In terms of number of traded items for Korea, the liberalization ratio will increase by 495 items to 95.4 percent from 91.3 percent under the Korea-ASEAN FTA. Of the highly sensitive farm goods, relatively less sensitive items such as those ground, dried, and frozen were opened first while items such as fresh garlic and fresh ginger were excluded from the talks. Rice was not up for negotiations just like in the Korea-China FTA talks. Instead, up to 15,000 tons of shrimp ($140 million) will be imported without duties under a tariff-rate quota basis.

In the area of services, the Vietnamese government will relax the market entry requirements for foreign construction contractors while additionally opening up the markets for urban planning, landscaping, machinery and equipment lease. The Korean side was given promises that the Vietnamese government would allow Korea to continue follow-up negotiations under a negative list approach if Vietnam signs an agreement with a third-party country under the same approach.