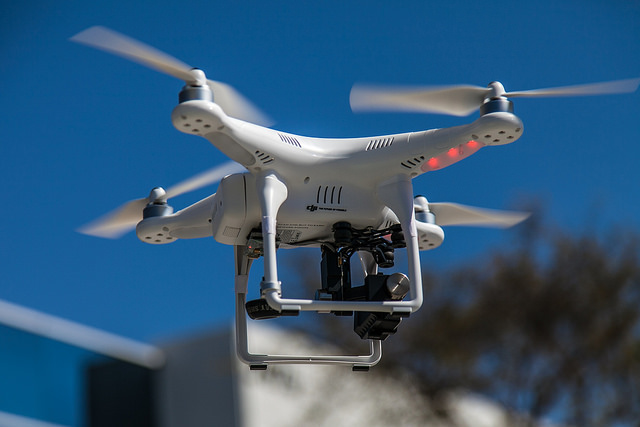 Furthermore, the related ministries will jointly set up a five-year plan to develop the unmanned vehicle related industry in Korea by the end of this year. (image: Kevin Baird/flickr)

SEOUL, Aug. 10 (Korea Bizwire) – The South Korean government has set a concrete strategy for technology development related to drones and autonomous vehicles, and will implement the plans by next year.

The Ministry of Science, ICT and Future Planning announced that it held a meeting on August 9 where high officials of nine central government bodies including the Ministry of Trade, Industry and Energy discussed the development of unmanned vehicles, and established detailed plans for the future.

Among the detailed plans, the ministry will develop a common platform that can be applied to all unmanned vehicles, a highly secured communications software package. In addition, it will develop related original technology to lead the market in the future.

In the unmanned aerial vehicle sector with a weight of more than 150kg, it will commercialize a tilt-rotor drone that the Korea Aerospace Research Institute developed by 2023. To ensure the stability of the drone, it will set up a comprehensive aerial test complex. In addition, to control the tilt-rotor from a ground station, it will secure a radio frequency and prepare related technology standards.

To enhance the performance of small drones of less than 30kg, the South Korean government will apply various measures such as the development and distribution of core parts and a common platform, development of drones for disaster and public safety, expansion of demand through public procurement, and safety authentication programs for unmanned vehicles.

For autonomous land-based vehicles, the government will develop 10 core parts and set up standards for street testing. In addition, it will secure exclusive radio frequencies for communications among vehicles and between infrastructure and the vehicles.

Furthermore, the related ministries will jointly set up a five-year plan to develop the unmanned vehicle related industry in Korea by the end of this year.

One thought on “Korea to Push for Development of Drones, Autonomous Vehicles”