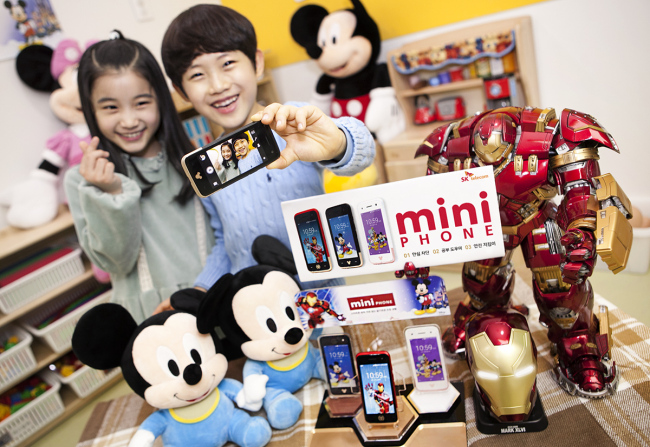 SEOUL, May 15 (Korea Bizwire) — Telecommunications platforms and portal websites are competing for the sizeable market catering to services for children.

Experts say that businesses are implementing strategies that target parents willing to invest big bucks for their kids. In the process, businesses are also able to secure a new generation of customers.

According to sources within the industry, many companies are attempting to incorporate artificial intelligence and augmented reality technologies in producing content for kids.

For example, KT has added audio books for children to its AI speaker program “GiGA Genie” in addition to its interactive edu-play service for preschoolers and lower level primary students.

SK Telecom has added “Nugu,” its own AI platform, to its mini phones for children.

The competition to gain copyright for characters that are popular with children is also fierce.

LG U+ has included “YouTube Kids,” a video platform for children, on its U+TV service in association with Google since August of last year.

Domestic telecommunications service providers and portal websites have been using services and content targeting kids to expand their userbase since last year.

Companies offering IPTV services have had success by capitalizing on data that shows families with infants subscribed to such services watch TV 20 percent more than the average household.

The institute cites low fertility rates and smaller unit families as reasons for allowing parents to invest significantly in their “golden” children.

The “kids” market overseas is also following a similar trend. In the U.S., Amazon released “Echo Dot Kids Edition,” an AI-based speaker that provides answers to questions that children ask.

In February 2012, YouTube released “YouTube Kids,” garnering more than 11 million users in 35 countries. “Services for kids can be applied to various sectors including media and education, while nurturing a new generation of consumers,” said one official in the telecommunications industry.

Such potential profits are expected to make competition within the industry even fiercer in the future.