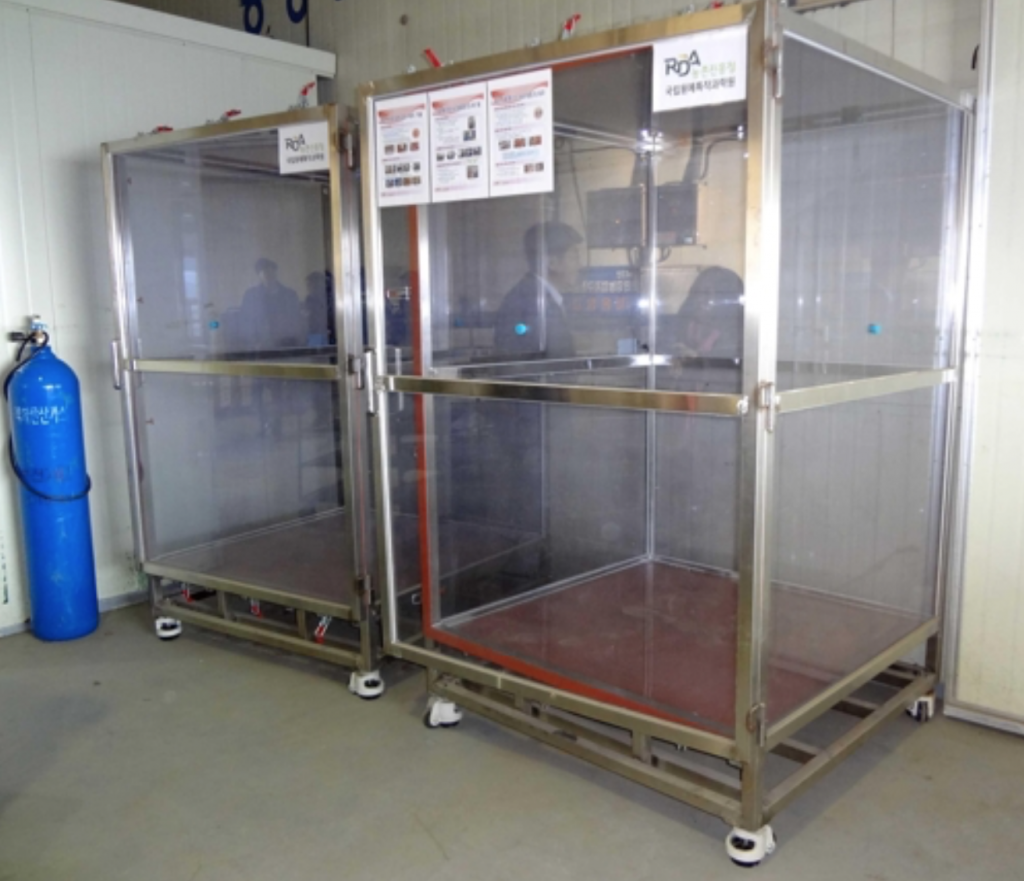 614 kilograms of strawberries from Jinju, South Gyeongsang Province, are being shipped off to Singapore Friday in what is called a “chamber” equipped with a sensor to monitor internal temperature, humidity, and CO2 concentration. (image: Yonhap)

According to officials, 614 kilograms of strawberries from Jinju, South Gyeongsang Province, are being shipped off to Singapore Friday in what are called “chambers” equipped with a sensor to monitor internal temperature, humidity, and CO2 concentration. The chambers, and the shipping container that will carry them, can be controlled remotely via satellite communications.

Farm products here are almost always exported via air freight transport to better maintain their freshness. Of course, this results in higher logistics costs, subsequently diminishing the competitiveness of the goods. 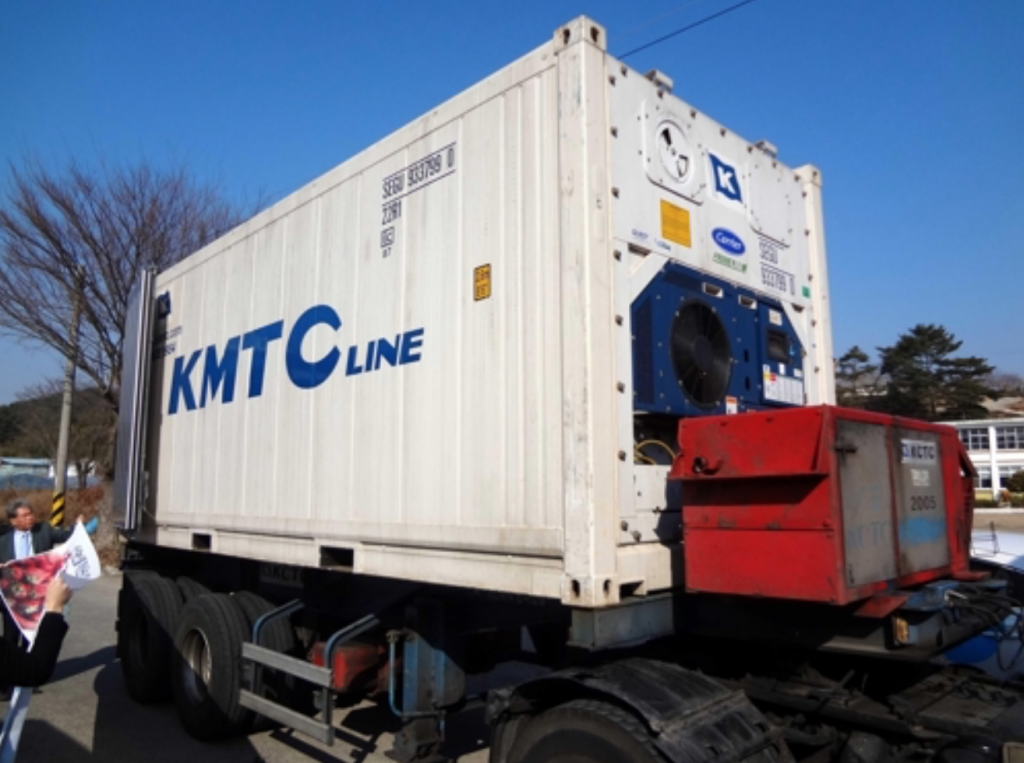 Although agricultural products are sometimes exported via sea transport in refrigerated containers, typical containers did not allow officials to manipulate temperature or humidity levels. Considering that it often takes over a week to transport by ship, fresh goods can be left vulnerable from atmospheric changes during the travel, officials said.

Once the test export is found successful, and if the chambers ultimately replace current air transport of fresh produce to shipping vessels, the cost of export will be cut by at least 30 percent, and up to 90 percent, the foundation said.

In the long run, reduced cost will also help ease the burdens of local farmers who won’t be provided with government subsidies for air transport of agricultural products starting in 2023, in accordance with the WTO agreement announced in 2015.

“We’ll continue to upgrade the chambers with information and communications technologies to further improve convenience and practicality for local farmers,” said a FACT official.