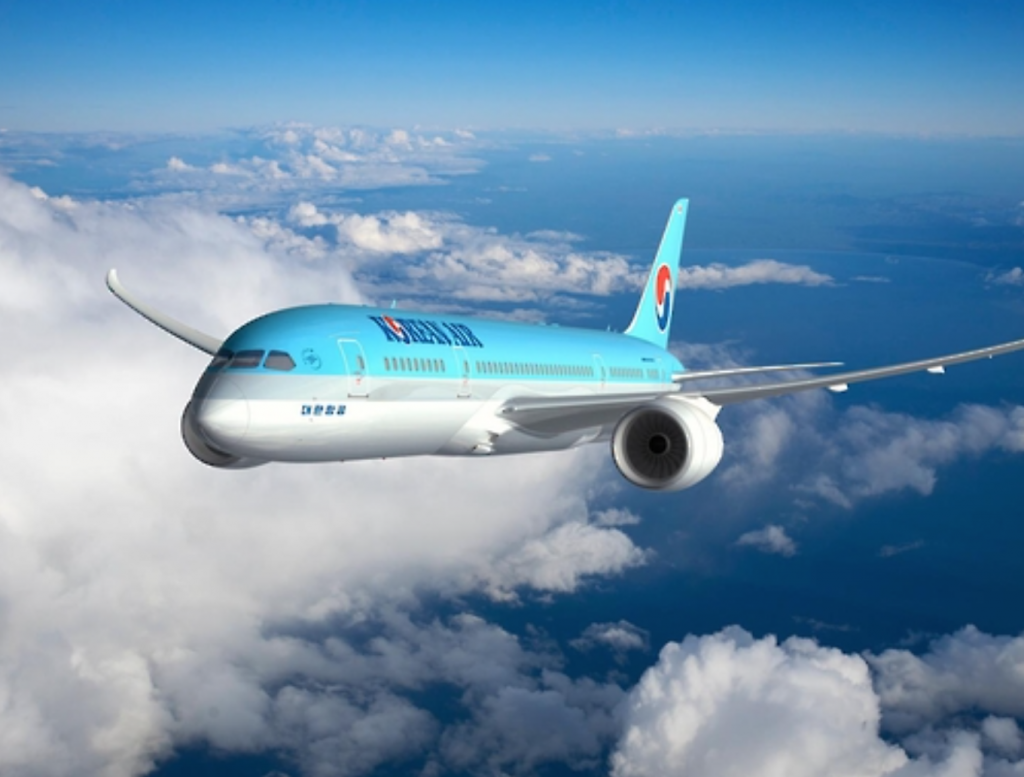 SEOUL, Feb. 24 (Korea Bizwire) – The latest business focus of two major South Korean airlines – Korean Air Lines and Asiana Airlines -  has been on acquiring new aircraft models with better fuel efficiency and lower carbon emissions, a measure seen as crucial to their bottom line and ability to sustain growth in the future.

Korean Air was the first to get its hands on such a model: the Boeing 787-9, also known as the Dreamliner.

According to officials, the Boeing 787-9 is a fuel efficient, eco-friendly aircraft, integrated with next-generation technology.

The aircraft’s performance and efficiency were improved through the use of advanced materials, with 50 percent of the aircraft’s components fabricated from polymer composite and 20 percent aluminum alloy, which also helped to reduce weight. Compared with other models, the fuel efficiency per seat is roughly 20 percent higher with 20 percent lower carbon emissions, and landing noise is also 60 percent lower.

In terms of in-flight environment, the 787-9 maintains its cabin’s atmospheric pressure equivalent to an altitude of 6,000 feet, compared to 8,000 feet in other aircraft, while humidity is also improved by about 5 percent for a more pleasant flight, officials said.

“The Boeing 787-9 is a state-of-the-art aircraft that maximizes both efficiency and passenger satisfaction,” said CEO Cho Won-tae. “It will make our fleet a little younger, and serve as a cornerstone for our goal of leading the global aviation industry.”

The company will have nine additional units delivered by 2019. 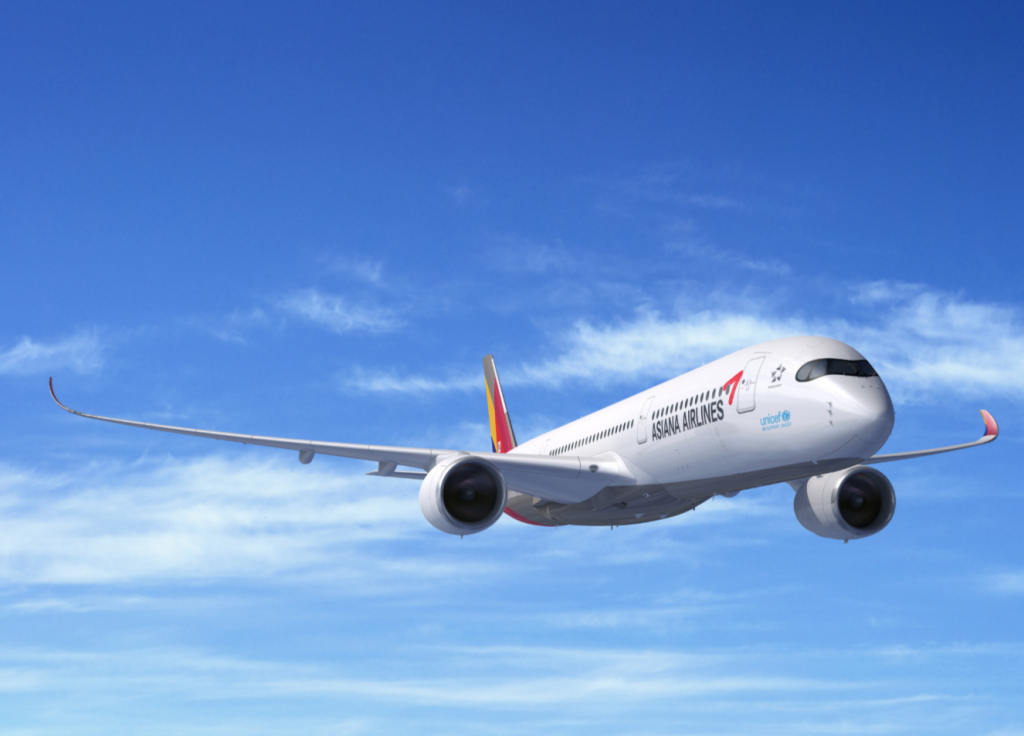 Meanwhile, Asiana Airlines has yet to add a new aircraft to its fleet, but is busy preparing for four A350-900s planned for delivery this year.

On Thursday, Asiana introduced a flight simulator for the Airbus aircraft that will serve as a training platform for pilots before they’re deployed for passenger operations. The 20-billion-won ($17.6 million) simulator resembles the cockpit of the A350-900, and is designed for pilots to train for various in-flight contingencies including bad weather and fire.

It is equipped with the latest Rolls-Royce Trent XWB engines and features wings with a streamlined design, allowing for a 25 percent increase in fuel efficiency and 25 percent lower carbon emissions compared to its Boeing 777 competitor.

The first A350 is expected to be delivered in April. 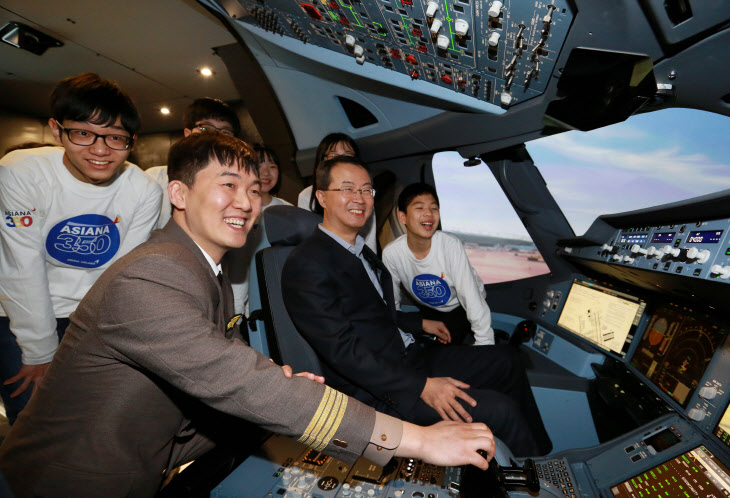