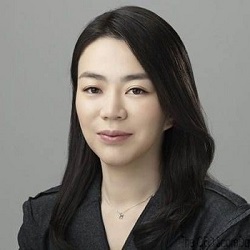 SEOUL, Dec. 9 (Korea Bizwire) – Korean Air senior vice president Cho Hyun-ah, also known as Heather Cho, is at the center of controversy after she ordered a flight attendant off a plane while it was taxiing on a recent flight.

On December 5 in the United States, the plane heading to Incheon from New York was delayed as it returned to the passenger terminal in the middle of taxiing. The vice president and eldest daughter of Korean Air chairman Cho Yang-ho, sitting in first class, ordered a senior crewmember to deplane after accusing her of providing poor service.

According to the Korean Air service guidelines for first class passengers, crew members should first ask passengers whether or not they would like some nuts, and then provide the snack on a plate if the passenger responds affirmatively. But the crewmember that served Cho neglected to ask, and just handed a pack of nuts to her. The return to the gate ended up causing an 11-minute delay.

The Ministry of Land, Infrastructure and Transport announced that it would investigate whether Cho violated the Aviation Safety Law. Cabin crews must only follow orders from their captain while in flight.

“She should have acted like an ordinary passenger in flight. She is the vice president of the company but she is not the captain of the flight,” a ministry official said.

After an incident last year where a POSCO executive sitting in business class hit a flight attendant with a magazine while complaining about service, Cho said, “I’m sorry for the sense of shame the crew might feel. Assaults in flight should be never allowed.”