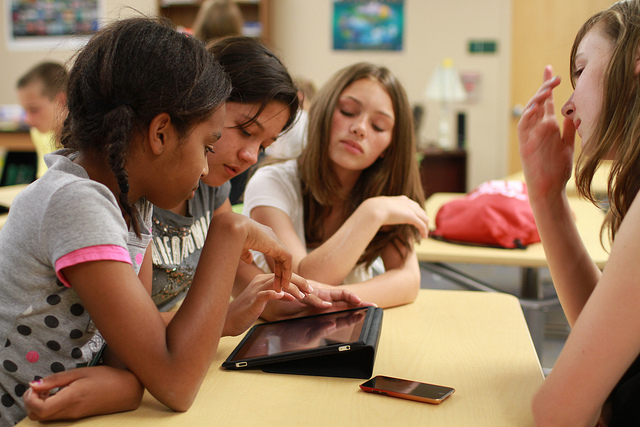 SEOUL, Korea, April 25, 2014 (Korea Bizwire) – Domestic mobile application businesses started to buckle down and knock on the door of the American market. The companies which used to focus on pushing into Southeast Asian markets have changed their course and are steering their way to the United States.

According to industry sources, IT giants such as Naver and SK Communications and smallish app developers are busy pushing into the American market by setting up local subsidiaries and coming up with suitable marketing strategies.

Naver’s mobile messenger app, “Line” started running a TV commercial in the United States making a loud statement of its arrival. Line’s local subsidiary in the U.S. and Europe, “Line Euro-Americas,” is sending out ads over several channels, especially focusing on Spanish channels like Telemundo and Univision.

Right after the commercials were aired, the download ranking for Line has perked up by more than five times. Line plans to start off with the Latin American users, then to expand the marketing to win over the entire Americans. In an interview with a foreign press, Line’s executive said, “The U.S. is our top-priority market.”

SK Communications which came up with a photograph-based SNS service “Cymera 2.0” plans to concentrate more on the U.S. market than the domestic one. An SK Communications official said, “More than 80 percent of the entire users are from foreign countries.” Cymera will also establish a local subsidiary in the United States in order to make an accommodation to local situation.

Tech companies and startups are actively participating in the new trend as well. A domestic mobile game developer Vinyl Lab launched “Radio Hammer” on Google Play for the global market and recorded a great hit. The daily sales turnover was increased by nine times on average, and the number of daily downloads was increased by 30 times on average in the U.S.

A Vinyl Lab official said, “Since the domestic mobile game market is already oversaturated so we targeted overseas markets from the very beginning of the launch.” The official commented that adding certain elements including the multi-language function out of consideration for foreign users paid off.