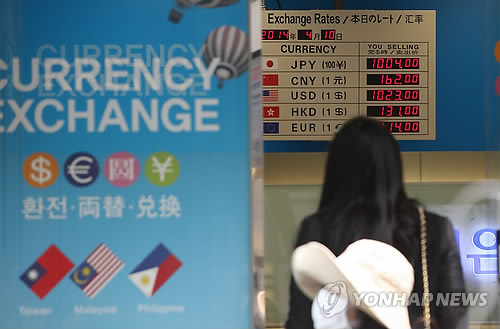 The number of non-Korean customers at KB Kookmin, KEB, Hana, Nonghyup, Shinhan, Woori and IBK reached 5.48 million last year, which is an increase of 13.5 percent from 4.83 million in 2013. (image: Yonhap)

SEOUL, April 8 (Korea Bizwire) — The number of foreign customers at the seven major banks in Korea has surpassed 5 million for the first time.

According to bank industry representatives on April 7, the number of non-Korean customers at KB Kookmin, KEB, Hana, Nonghyup, Shinhan, Woori and IBK reached 5.48 million last year, which is an increase of 13.5 percent from 4.83 million in 2013.

KB Kookmin Bank ranked first with 1.23 million foreign customers, while IBK and KEB had 1 million and 0.83 million respectively in 2014. Shinhan Bank and Woori Bank followed with 700,000 and 660,000 foreign customers.

To attract more non-Korean customers, the seven big banks are establishing new branches in areas populated with foreign citizens, and introducing foreigner-friendly services. In Wongok-dong, KB Kookmin Bank operates a foreign exchange remittance center that is open until 7:30 PM on weekdays, while Hana Bank and KEB have recently opened foreigner-friendly counters at their Wongok branches.

While Woori Bank operates 7 foreigner-centered branches currently, Nonghyup plans to have a total of 21 such branches by the end of 2015.

KEB exempts foreign customers from paying withdrawal charges if they have transaction records with KEB.

Foreign customers who have their salaries deposited into Nonhyup accounts benefit from preferential exchange rates for transactions, while Woori Bank operates a Chinese-friendly foreign transaction service which exempts Chinese from paying remittance charges for Renminbi transactions.