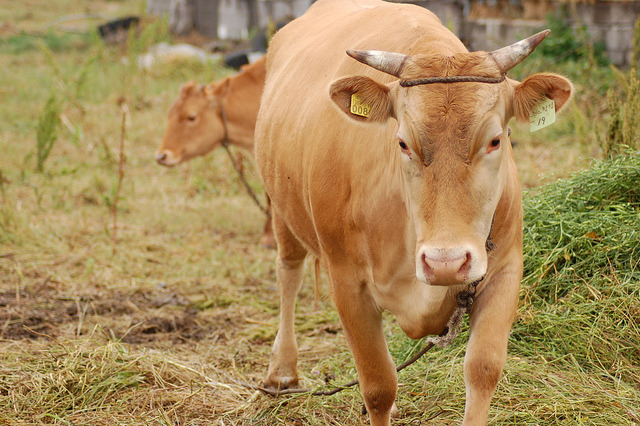 Hoengseong, with a climate and environment best suited for raising cattle, is the most prominent producer of Hanwoo beef, and boasts of having the highest quality beef in its marketing campaigns. (image: Flickr/ cc.photoshare)

HOENGSEONG, South Korea, Sept. 27 (Korea Bizwire) – Hanwoo, or Hanu, is a breed of cattle from Korea, and its fine-quality beef is hugely popular despite its high price.

The annual Hoengseong Hanu Festival is the trademark event promoting Hanwoo, but this year, the festival will be attracting a more global audience.

Taking off on September 30, this year’s festival will be featured on a travel show called ‘Fun Abroad’ produced by Hong Kong-based television channel TVB J2. The move came following the first successful export of Hanwoo to Hong Kong last month.

According to Hoeongseong County, Fun Abroad is among the most popular Chinese language programs with some 30 million daily viewers from 20 countries around the world. In the show, the MCs travel across different countries introducing popular restaurants and vacation spots.

During the production team’s visit to Hoengseong County, it will cover the events at the festival, along with Hanwoo farms and restaurants on top of tourist attractions, including Pungsuwon Catholic Church and Welli Hilli Park, all located within the county.

Hoengseong expects the program to play an important role in promoting the festival to a global audience beyond Hong Kong and China.

“We’re starting to see the globalization of Hanwoo products from Hoengseong, so we tried to improve the overall quality of this year’s festival to further attract global attention and capture their appetite,” said a county official.

Meanwhile, the festival’s organizing committee will make stronger appeals this year to tourists and foreign residents in Korea as well, by actively promoting the festival on various SNS platforms with support from the Korea Tourism Organization. The Gangwon Provincial Government has also decided to operate a shuttle bus service exclusive to foreigners, to and from the festival.

Hoengseong, with a climate and environment best suited for raising cattle, is the most prominent producer of Hanwoo beef, and boasts of having the highest quality beef in its marketing campaigns.