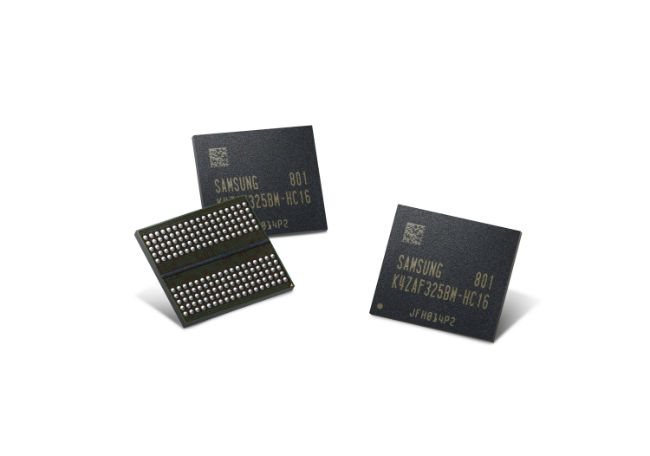 SEOUL, May 20 (Korea Bizwire) — South Korean chipmakers are looking to score big in the graphics DRAM sector in the second half of the year, industry observers said Wednesday, as demand for such products is expected to rise with the release of new graphics processing units (GPUs) and new gaming consoles.

According to DRAMeXchange, a research division of TrendForce, NVIDIA Corp. and Advanced Micro Devices Inc. (AMD), the two leading GPU producers, are planning to release their new GPUs in the third quarter of the year, while Microsoft Corp. and Sony Corp. are expected to introduce the Xbox Series X and PS5, respectively, in the fourth quarter of 2020.

“Since all of these products will be equipped with high-density GDDR6 memory, their releases are expected to create a wave of demand for graphics DRAM, in turn propping up its prices relative to other DRAM applications,” DRAMeXchange said.

In 2018, Samsung, the world’s largest memory chip producer based in South Korea, announced that it has begun mass production of 16-gigabit (Gb) GDDR6 memory that performs at an 18-gigabits-per-second pin speed.

However, the GDDR6 memory market is expected to see heated competition later this year, as SK hynix Inc., South Korea’s No. 2 chipmaker, will join the race.

“As for SK hynix, the company remains committed to improving the yield rate and stability of its products and plans to release GDDR6 memory at the end of the year,” DRAMeXchange said.

In a conference call in April, SK hynix said it aims to sell 50 percent more graphics DRAM than last year while actively coping with the rising GDDR6 market.

Considered a relatively niche and high-end product, graphics DRAM accounts for about 6 percent of total bit consumption in the DRAM market, according to DRAMeXchange.

The market researcher expected the penetration rate of GDDR6 memory to increase substantially, from 40 percent in 2019 to 70 percent this year, and to reach 90 percent in 2021.