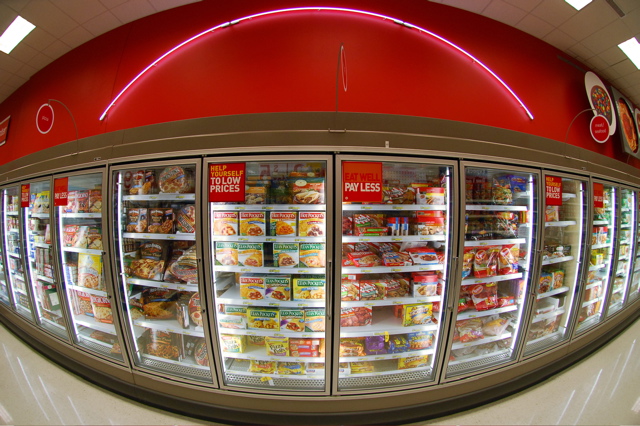 Since the plaintiff discount stores do not fit in the legal definition of ‘large mart,’ the Seoul High Court ruled that the ordinances couldn’t be imposed on them. (image: Mike/flickr)

SEOUL, Dec. 16 (Korea Bizwire) — Six large retailers including Lotte Mart, E-Mart and Home Plus filed a petition against two Seoul districts, claiming that the ordinances restricting operating hours or mandating the closure of supermarkets every other Sunday were discriminatory.

On December 12, Seoul High Court ruled in favor of the plaintiffs, saying that the ordinances are not effective in helping local market merchants and are eliminating choice for consumers.

The Seoul High Court also said that “according to ‘the law of development for distribution’, discount stores subject to the ordinances cannot be classified as ‘large marts’ since the legal definition of ‘large mart’ is ‘stores which sell products without the help of shop assistants’, and the subject discount stores actually have shop assistants working to help customers.”

Some are worrying that this ruling could result in large retailers expanding their operating hours to 24 hours a day and further jeopardizing the market conditions for small merchants. The Institute for Democracy and Policies under the New Politics Alliance for Democracy (NPAD), a political party in South Korea, conducted a survey regarding this issue. 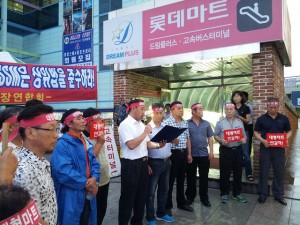 Merchants in a traditional market are rallying in front of a “large” market. (image: Chungbuk CCEJ)

When it comes to questions regarding problems that small merchants are facing, 49.2 percent of the respondents said that they are willing to shop more often at local markets to help give small retailers a boost.