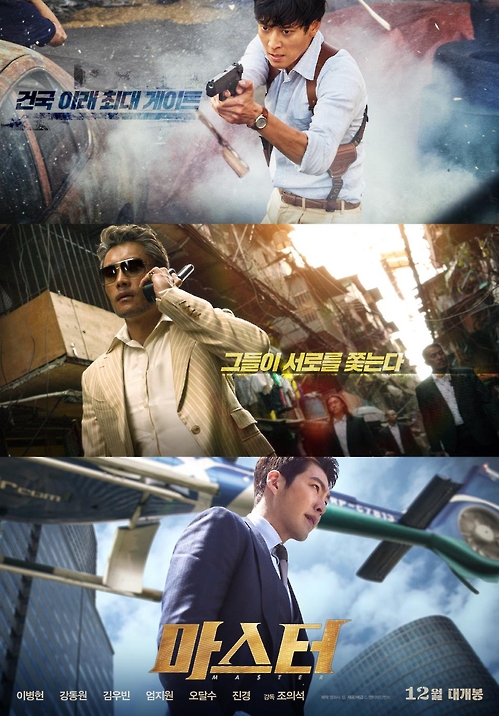 The action flick had reportedly garnered huge interest when it was showcased at the American Film Market (AFM) held in Santa Monica from Nov. 2-9. (image: CJ Entertainment)

The movie’s distribution rights have been sold to companies in the United States, Canada, Australia, New Zealand, Italy, Taiwan, Thailand, the Philippines and other countries, CJ Entertainment said.

The action flick had reportedly garnered huge interest when it was showcased at the American Film Market (AFM) held in Santa Monica from Nov. 2-9.

The film’s foreign release will kick off in the U.S. in December. Then it will hit Hong Kong, Taiwan and Singapore in that order starting the following month.

The movie comes to Korean theaters in December.