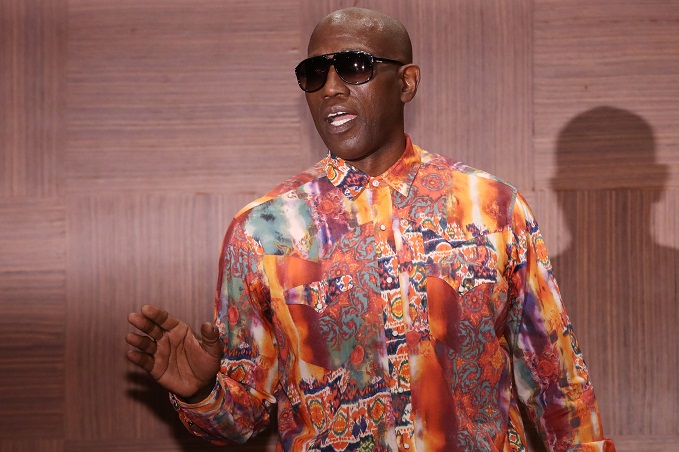 A file photo of Hollywood star Wesley Snipes at a news conference for the 2019 Chungbuk International Martial Arts and Action Film Festival at a Seoul hotel on Aug. 28, 2019. (Yonhap)

In a Korean-language eulogy in honor of Park, Snipes applauded his late father-in-law for leading South Korea “to the forefront of cultural history” and pushing the country forward as “a great powerhouse that created the Korean cultural wave that has captured the world’s attention.”

Park passed away on July 13 at the age of 82. He was responsible for creating the TV drama series “What is Love” on MBC TV, which saw ratings skyrocket as high as 64.9 percent during its 1991-1992 broadcast.

“What is Love” is often cited as one of the first successful Korean cultural export products, having attracted some 150 million Chinese TV viewers when aired on China’s CCTV in 1997.

The American actor noted that Park’s works provided comfort and solace to the South Korean people during the country’s era of post-war reconstruction.

“From the era of reconstruction in Korea, through the years of turbulence, through vision, courage and creativity, you helped the people cry, laugh and grow,” Snipes said.

He added that Park will be remembered by his family and that his fans “praise and thank you.”