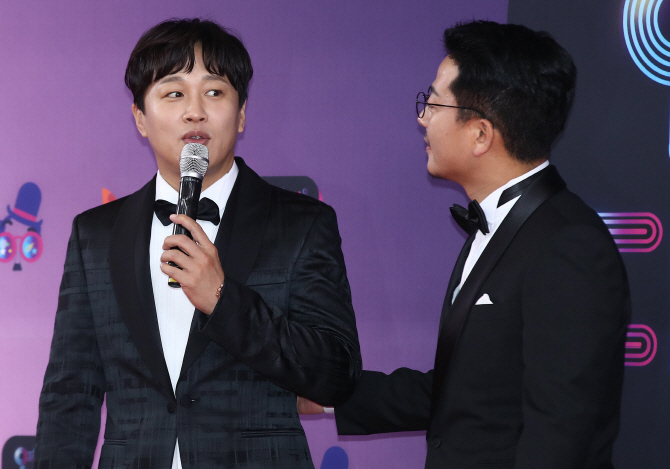 The allegations emerged as police examined a group chat room of the show’s cast members as part of the ongoing investigation over singer-songwriter, and long-time member of the show, Jung Joon-young’s alleged circulation of sex videos on mobile chat rooms.

Jung allegedly filmed some 10 women while having sex with them and illegally shared the video files on mobile group chat rooms against the will of the women, or without their knowledge, in 2015.

“We’re trying to verify the facts,” an official at the Seoul Metropolitan Police Agency said.

Cha Tae-hyun, a versatile actor with a long filmography, reportedly remarked in the group chat room in 2016 that he betted millions of won while playing golf. He also reportedly uploaded a photo of dozens of 50,000 won (US$44) bills, calling them gambling money he won in a golf match with another show member, comedian Kim Jun-ho.

Cha and Kim both denied the gambling allegation, but issued an apology and offered to suspend their show business careers.

“I never played golf overseas. I played it in South Korea, thinking it was just a game (for fun), and the money (earned) was immediately returned at the site after the game,” Cha said through his management agency, Blossom Entertainment.

“I am very ashamed of myself for uploading such content in a group chat room, although (the game) was only for fun. I think it is an unacceptable act for a public figure who enjoyed much popularity,” he said, announcing his decision to withdraw from all TV shows.

Kim followed suit, saying through JDB Entertainment, “(Betting) was only meant to raise the game’s excitement and the golf (game) was not in a foreign country.”

He also claimed the gambling money was returned to its owner on the spot.

“As the oldest member of ’2 Days & 1 Night,’ I should have been an example (for rest of the cast) but failed to do so and for that I repent deeply,” according to Kim. “Holding myself strictly accountable, I decided to withdraw from all the shows.”