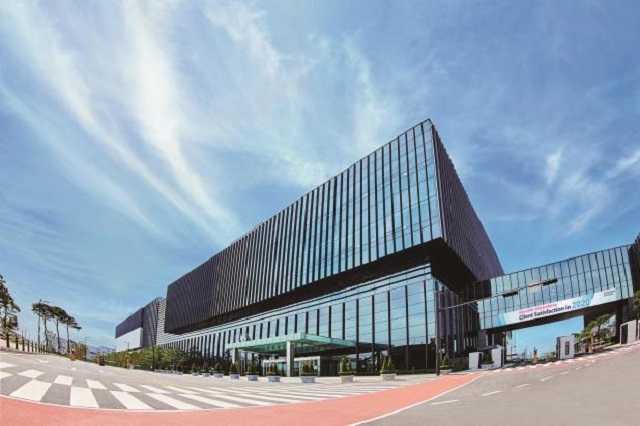 This undated photo, provided by Samsung Biologics, shows one of its three plants in Songdo in Incheon.

The deal signed between Incheon metropolitan city and Samsung Biologics would allow the company to construct its new campus within the 357,000-square-meter site at Songdo International City within the Incheon Free Economic Zone (IFEZ).

John Rim, Samsung Biologics’ CEO, said the company plans to become a global industry leader by “implementing our investment plan without any setbacks” at a signing ceremony held at Incheon City Hall.

Samsung Biologics plans to build four new plants within the site located near the company headquarters at an estimated cost of 7 trillion won. The new site is about 30 percent larger than the nearby first campus.

The company currently operates three plants and is also currently constructing a fourth one at the first campus.

The company is a leading CDMO specializing in the development and manufacturing of biopharmaceutical products for major pharmaceutical firms from both home and abroad.

Samsung Biologics said it also expects to create 400 new jobs annually following the construction of the new campus and predicts the creation of some 4,000 new jobs by 2032.