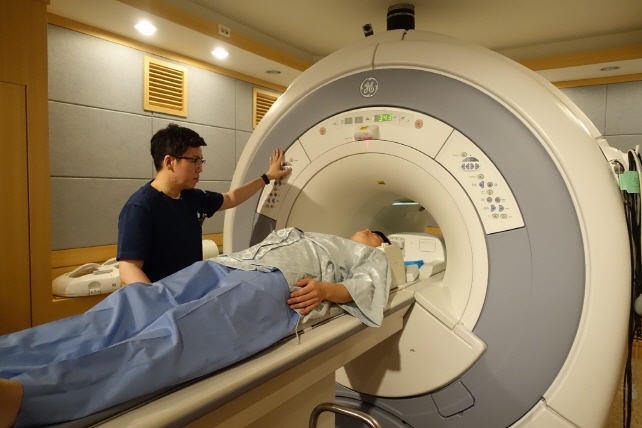 The new policy will allow those suspected of having deficiencies in their brains to be covered by insurance in case they require MRI scans to be performed. (image: Yonsei Barun Hospital)

SEOUL, Sept. 14 (Korea Bizwire) – Starting next month, patients getting magnetic resonance imaging (MRI) scans of their brains will be paying just one-fourth what others have been paying until now.

The Ministry of Health and Welfare revealed yesterday that the ministerial committee that has the final say in implementing health policies had reviewed the matter before coming to a final resolution.

According to the new measure, MRI brain scans by those who are suspected of brain-related diseases will be covered by the national health insurance scheme starting October 1.

The new policy will allow those suspected of having deficiencies in their brains to be covered by insurance in case they require MRI scans to be performed.

However, MRI scans deemed unnecessary by medical professionals will remain unsubsidized under the national insurance plan.

Patients who are already covered by the existing insurance policy will also benefit from the change as the duration of coverage has expanded from 6 years to 10 years.

The measure will also standardize MRI scan prices that were different across hospitals, with patients paying for only a fraction of the total fees due.

For example, an MRI scan of the brain at a major general hospital costs 480,000 won on average, an amount to be paid by the patient in its entirety.

However, the cost of an MRI scan will now be standardized at 290,000 won, with patients paying only 50 percent of this amount in the near future.