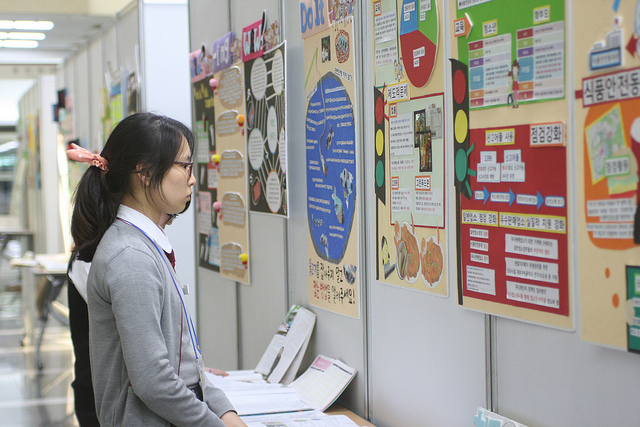 Aside from the demographic shift, Korean youth, especially, students in junior and high schools, have been found increasingly unhappy. (image: Minjujigi/flickr)

SEOUL, July 12 (Korea Bizwire) – The National Statistical Office has recently published data on the youths of Korea: The population of youths is in a steady decrease and their life quality is not getting better.

According to a report “2014 Statistics on Youths,” the proportion of youths in Korea’s population this year was 19.5 percent–the statistics defined young adults between the age of 9 to 24 as “youths” as stipulated in the Framework Act of Juveniles.

The population of youths in Korea has been in a steady decline since 1978, when the youths accounted for more than one third of the population (36.9%). The statistics office has projected that by 2060 the number of youths will come down to only one tenth (11.4%) of the total population.