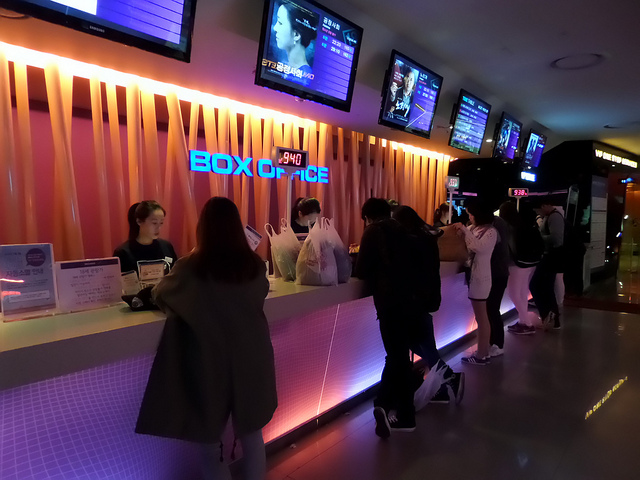 The market share of domestic films in the period was 43 percent, which is the lowest it has ever been, since 2009. (image: TF-urban/flickr)

SEOUL, July 10 (Korea Bizwire) – As Hollywood blockbusters, led by “Frozen” which gathered over 10 million moviegoers in Korea, successfully landed on the high-up of the box-office rankings one after another in the first half of this year, the admission number of Korean films consequently dropped to fall behind that of imports, for the first time in five years after 2009. 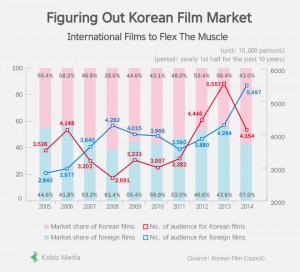 The cumulative number of audiences of made-in-Korea films in the first half was 41.54 million, which was down 25.2 percent compared to the same period of last year, according to the Korea Film Commission on July 8. The market share of domestic films in the period was 43 percent, which is the lowest it has ever been, since 2009.

On the other hand, the cumulative audience number of imported films over the first half was tallied to be 50.29 million, a 28 percent increase from last year’s and the highest number it has ever reached. This year’s success of the imported films was mainly led by Hollywood movies, including “Frozen,” “X-men: Days of Future Past,” “Amazing Spiderman 2,” and “Edge of Tomorrow.”

According to the commission, a total of 96.5 million people went to see movies in this half, 2 million less than that of last year’s. However, the sales revenue of movie theaters in this year was akin to that of last year’s first half, since the sales number of 3D and 4D theaters was boosted and the unit cost of a movie per audience was raised from last year’s as a result of policy of price discrimination.

Domestic films are expected to leap forward in the latter half of the year, though. An official in the commission said, “A newly-released ‘A Move of Genius,’ which is a Korean film, is doing well in the chart to battle for the No. 1 position in the box office against ‘Transformers: Age of Extinction’ from Hollywood and there are several of Korean blockbusters upcoming in the latter half including ‘Kundo: Age of the Rampant,’ ‘Roaring Currents,’ and ‘The Pirates,’ so we expect domestic films to do better in the coming half.”