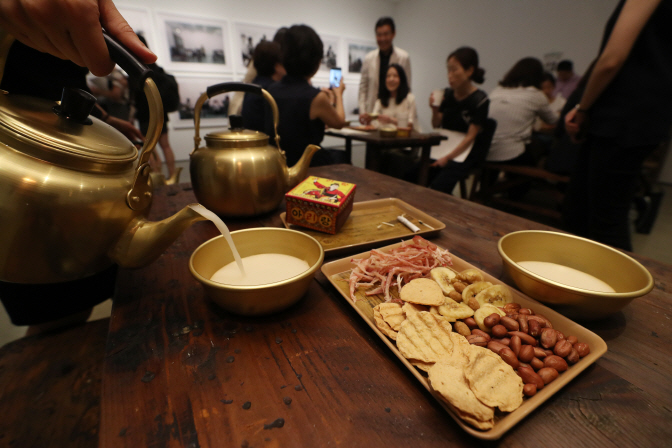 South Koreans’ consumption of makgeolli has been decreasing over the past few years. (image: Yonhap)

According to a report by the Korea Food Research Institute (KFRI), makgeolli contains various microorganisms, such as yeast and lactic acid bacteria. While figures vary depending on the brand and type of makgeolli, the amount is comparable with fermented milk products on the market, it added.

With the public’s rising demand for products with lactic acid bacteria, such as yogurt, the research center said makgeolli can be utilized for the probiotics industry.

Makgeolli also helped increase the amount of beneficial bacteria, such as phylum Bacteroidetes, while cutting that of harmful bacteria, like phylum Firmicutes, the institute said.

The research center concluded that while excessive consumption of alcoholic beverages is harmful, when consumed moderately, makgeolli is a better choice than other products.

The KFRI currently plans to carry out research toward developing substances that are beneficial for intestinal health based on makgeolli.

South Koreans’ consumption of makgeolli has been decreasing over the past few years.

In comparison, the domestic consumption of soju, a traditional distilled liquor, came to 1.3 million kiloliters, up 0.5 percent on-year.