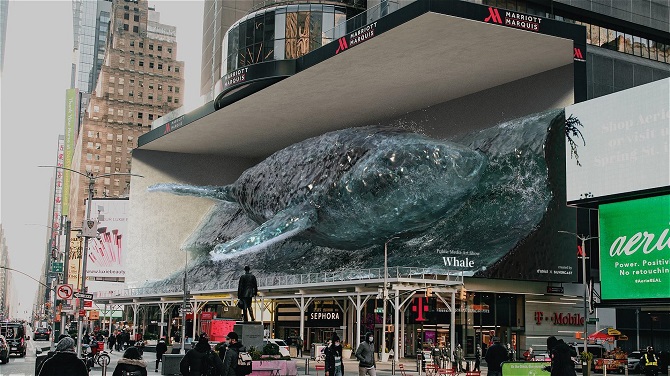 One of the artworks, “Whale #2,” will be screened between July 16 and 26, and played for a single minute every 30 minutes from noon to midnight.

The media artwork will be screened on a 1,400 square-meter electronic display located at the center of New York’s Times Square, in which the ocean waves roll to create a three-dimensional image of a whale, generating a surreal scene. 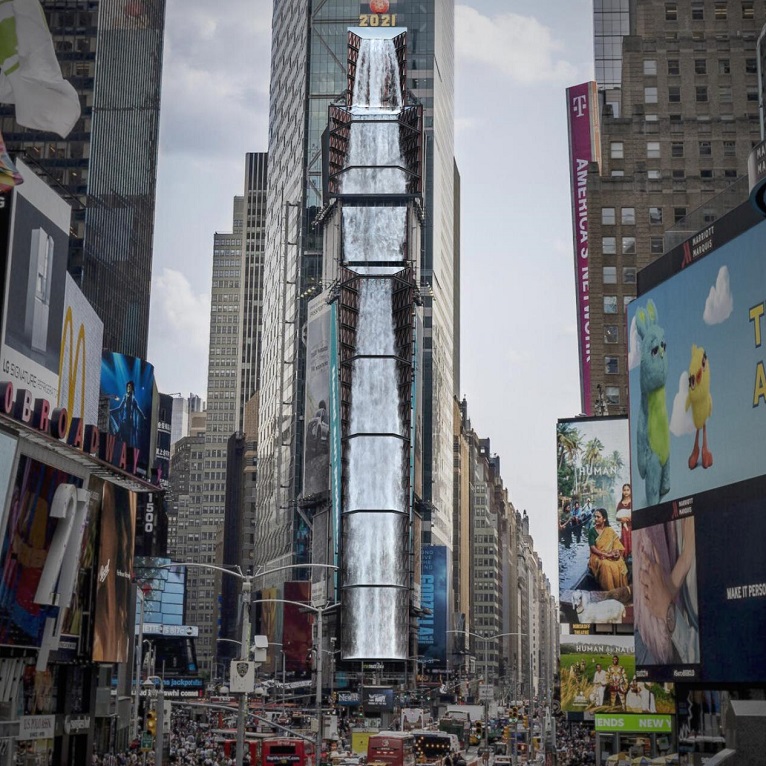 “Waterfall-NYC,” another artwork, will be screened between July 27 and August 2, and will be displayed for a single minute every hour.

The artwork, screened on a 102.5 meter-tall electronic display consisting of four smaller screens affixed to the outer wall of the One Times Square building, will produce refreshing streams of water falling on top of red bricks and iron bars, creating a gigantic, digital waterfall.