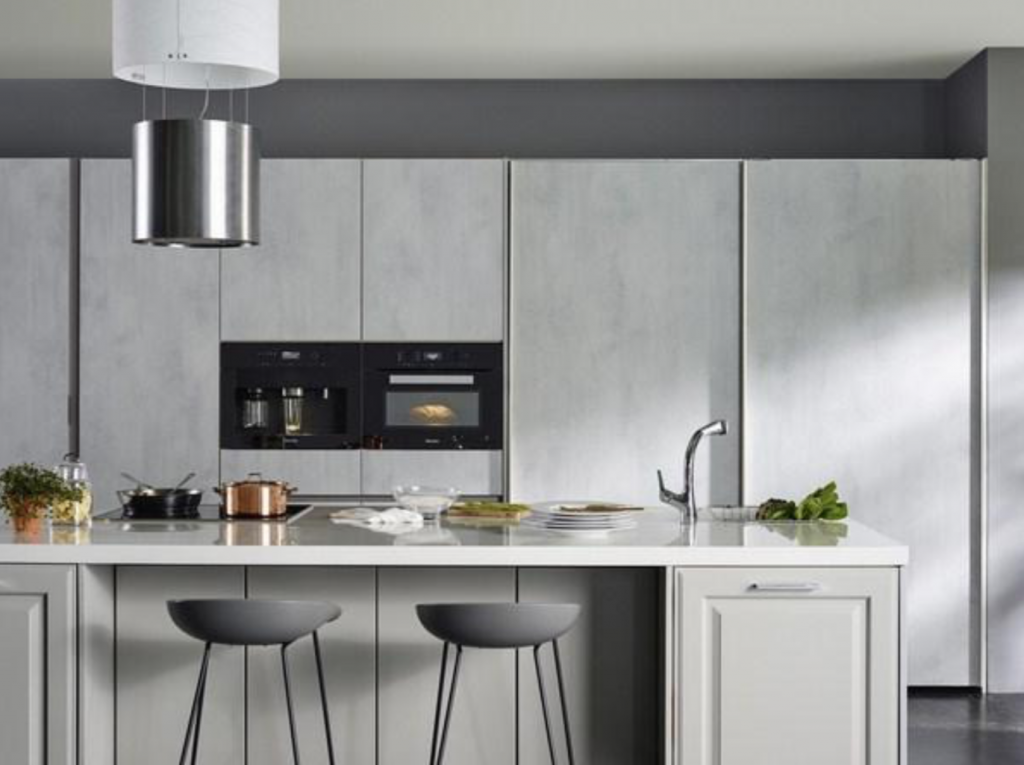 In the early 2000s, 90 percent of kitchen furniture came in more or less feminine colors like white, yellow, and red, but Korea is now seeing a shift to achromatic colors – white, black, and grey. (image: Hanssem)

SEOUL, Feb. 15 (Korea Bizwire) – Korean society, a once highly patriarchal civilization where almost all housework was the domain of women, is undergoing a rapid transformation, and home interior and furniture manufacturer Hanssem, which was founded in 1970, says this change can best be observed in Korean kitchens.

According to the company, the average height of kitchen counters increased from 85 centimeters in the 1990s to 87.2 centimeters at the moment, which it believes results from more men taking part in kitchen activities, considering that 89cm to 90cm (counters are usually adjustable by 2cm) is usually the best height for a person taller than 170cm.

The design of kitchen furniture such as cabinets and countertops also speaks to this argument.

In the early 2000s, 90 percent of kitchen furniture came in more or less feminine colors like white, yellow, and red, but Korea is now seeing a shift to achromatic colors – white, black, and grey – that tend to be more popular among men, and account for 40 percent of all current furniture designs.

Using marble or concrete to create a heavier, more profound atmosphere is also popular, Hanssem officials said, adding that the company’s Kitchen Bach 5 Manhattan (kitchen design marked by concrete doors) had more than tripled in sales since its launch in June 2016.

Another kitchen change is multiple kitchen sinks to accommodate couples working side-by-side. Hanssem said one out of ten of the kitchens it sells is ordered with at least two sinks.

“Kitchens best represent changes in society and lifestyle, just as the omnipresence of apartment buildings introduced the idea of a standing kitchen (a change from Korea’s traditional kitchen style),” an official said. “With more men participating in domestic affairs, kitchens have become bigger, and their designs more diverse.”