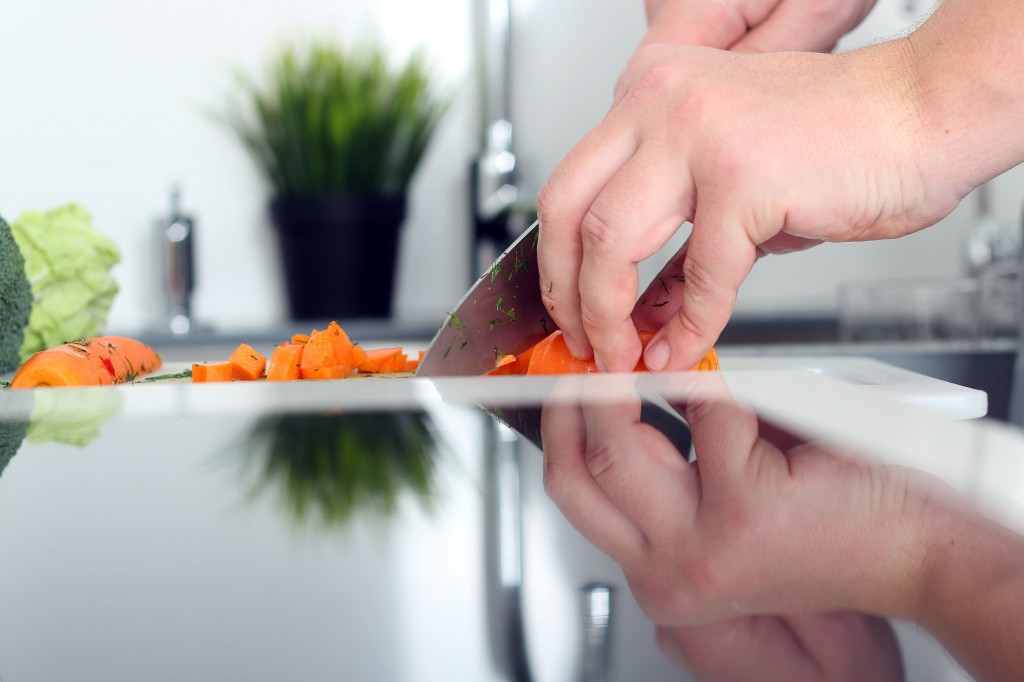 “The idea of ‘cooking men’ seems to be a social trend that is growing in popularity,” the employee added. (image: KobizMedia/ Korea Bizwire)

According to local private cooking academies, an increasing number of men have been signing up for classes recently, with reasons ranging from acquiring cooking certificates to simply wanting to be able to cook for their family, and a large number coming from older men soon to retire.

An official from Seoul Yori Hakwon (Seoul Cooking Academy) in Jongno District said that its percentage of male students, which remained at 20 percent before 2015, increased to 60 percent starting in early 2015.

“Six of ten students in our ‘daily cooking’ classes are men,” the official said. “In particular, our 20-person ‘father’s cooking’ curriculum, which we operate jointly with the Jongno District Office every Thursdays after work hours, is very popular.”

The official also added that the academy has seen more students in their 50s who are hoping to learn culinary arts to better prepare for their retirement.

“We’ve had more men taking our cooking lectures after work hours,” said the academy’s manager Lee Mi-young. “Although we do have people seeking to acquire cooking certificates, a large majority are trying to learn basic Korean cuisine, or simple Western dishes.”

She also added “a great deal of the male students say they want to be better prepared for situations where they’ll have to cook by themselves, whether it be before or after retirement.”

Lee pointed to Korea’s rapidly aging society, and the fading idea of the young having to support their parents, both factors that are likely to urge more men who will soon have to be self-sufficient to take cooking lessons in the future.

Another official from a food academy in Seocho District expected to launch soon said the academy has had a significant number of men inquiring about its programs and ready to take its courses.

“The idea of ‘cooking men’ seems to be a social trend that is growing in popularity,” the employee added.