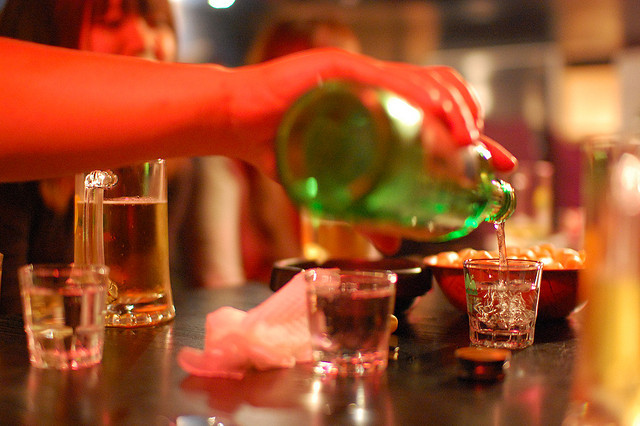 SEOUL, Apr. 13 (Korea Bizwire) — As the U.S.A deals with controversy over abuse of force from police officers, South Korea is faced with a completely different problem. Korean police are dealing with citizens abusing their rights, obstructing police duties, and even committing crimes against the police. Last month, a man in his fifties drove his car into a police station in retaliation for having his driver’s license cancelled following drunk-driving charges. Fortunately, no officers were injured.

A service whereby police officers escort women to their homes late at night also saw an unsavory incident lately. A drunken woman in her twenties wearing high heels kicked a police officer in the eye, causing severe injuries. The police officer was trying to bring the woman safely to her house.

The woman was riding in the back of a police patrol car, after having requested that police escort her home. According to the police, she suddenly started screaming, and kicked a sergeant who turned to face the woman, injuring the officer’s eye and nose. The sergeant is currently undergoing medical treatment, and the Gwangjin Police Department has requested an arrest warrant for the woman.

A citizen in Seoul was finally arrested for having made 4,654 false reports over a period of four years and seven months. The individual tormented police officers, making 200 calls a day, faking reports about finding a dead body or threatening to commit suicide.

According to the National Police Agency, the number of false reports to 112, Korea’s police emergency number, reached 9,887 last year. Officials have requested 1,362 arrest warrants for individuals charged with obstruction of justice since the beginning of 2015. The figure is double the 759 arrest warrants requested in total in 2014. The Korean government is currently planning to introduce penalties to prevent situations where citizens in need are short of help due to false reports.

Sangmu Patrol Division in Gwangju, notorious for dealing with almost 100 reports a day, recently saw two officers assaulted by drunken citizens in less than a week. An officer from the division said that many drunken individuals have been going on a rampage in the district, and Korea’s social atmosphere tolerating drunken people has been preventing police from reacting appropriately.