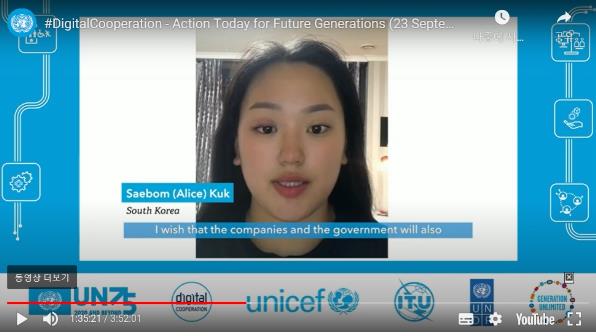 SEOUL, Dec. 3 (Korea Bizwire) — The High-Level Panel on Digital Cooperation which took place at the 75th Session of United Nations General Assembly several months ago was the stage for 90-second statements by Korean teenagers.

The Korea Youth Work Agency said Wednesday a 90-second video of Kuk Sae-bom, a 15-year old middle school student, was screened during the meeting on Sept. 23.

Prior to the conference, the United Nations called for video applications from youth across the globe to listen to the thoughts of future generations. 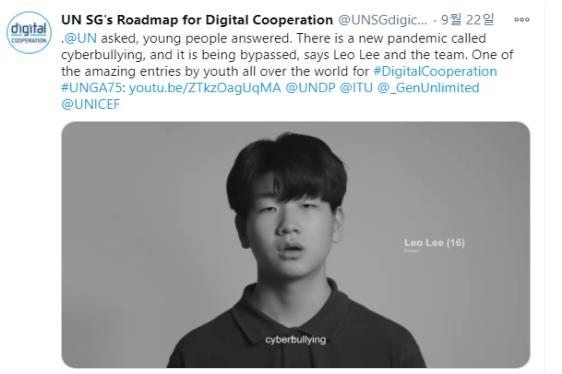 The UN asked for a 90-second video statement on connection, respect, and protection in the digital era.

Among the 80 videos submitted, four were selected and screened. Three of the four selected videos were made by Korean teenagers.

The United Nations sent a letter of appreciation to the selected groups.