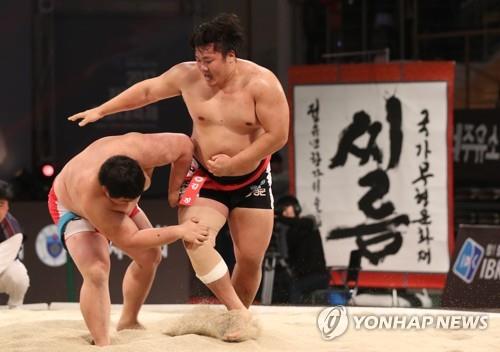 Among the 40 applicants, an assessment panel under the committee recommended the inscription of 29 items, including ssireum.

Both South and North Korea have applied for the listing of the sport as an Intangible Cultural Heritage of Humanity of UNESCO.

The final decision will be made during the 13th session of the Intergovernmental Committee for the Safeguarding of the Intangible Cultural Heritage, slated for Nov. 26-Dec. 1 in Port Louis, Mauritius.

The applications were submitted separately. An official at the administration said it will consult with North Korea and UNESCO on merging the two Koreas’ bids.