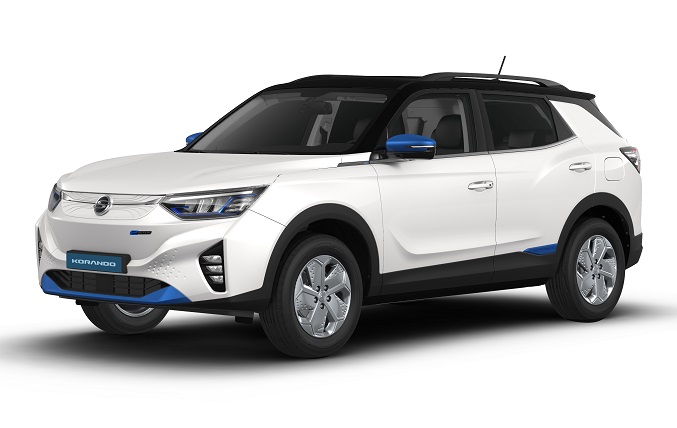 SEOUL, June 20 (Korea Bizwire) — South Korean units of three foreign carmakers are finally pivoting to a more electric future in the face of toughening competition with their Korean rivals and luxury German brands as a way to survive in the changing business environment.

There was a sense of crisis after the trio’s combined domestic sales sank 24 percent on-year to 43,109 units in the first quarter of the year, the worst performance since the 2009 financial crisis.

Market watchers attributed their sluggish performance to a lack of new competitive models that can appeal to younger generations, who have emerged as a major consumer group for luxury German cars and Tesla’s EVs, and waning brand power.

As the transition from gas-guzzlers to eco-friendly vehicles has become the key to survival in the fast-changing automotive industry, the traditional automakers have recently unveiled their EV plans and stepped up marketing in the domestic market.

It has not yet decided on its domestic sales schedule.

The SUV-focused automaker has been under court receivership since April as Mahindra failed to attract an investor due to the worsening financial status amid the prolonged coronavirus pandemic. 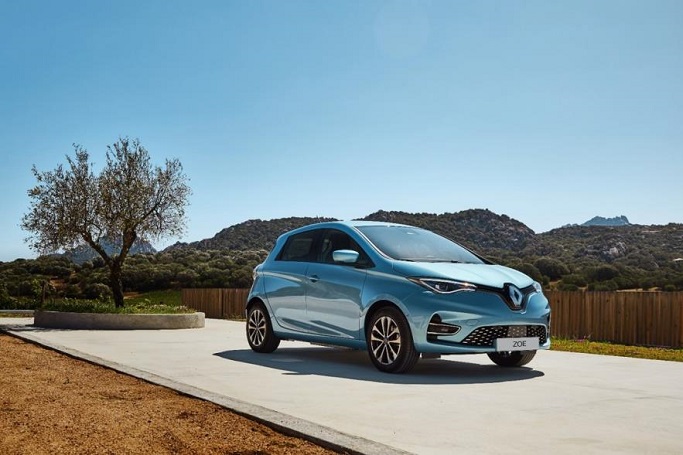 The Renault Zoe EV is seen in this photo provided by Renault Samsung, the Korean unit of French automaker Renault S.A., on April 23, 2021.

SsangYong unveiled the EV plan just a day after its management and labor union struck a deal to have half of its 4,800 employees go on unpaid leave for two years starting next month to speed up its sales process.

The automaker said it will realign its structure to develop eco-friendly models to dispel concerns over its viability and catch up with the latest industry trends.

“We will spur development of the new EV to release it earlier than expected,” court-appointed manager Chung Yong-won said in a statement. “We are expanding our eco-friendly lineup and developing a new business model to become more competitive.

The Bolt EV can drive over 400 kilometers with a single charge, and it takes about one hour to charge up to 80 percent.

It is priced around 45 million won (US$40,000), which can be reduced to between 25 and 30 million won with government subsidies, cheaper than other EV models by Hyundai, Kia and Tesla.

“In light of the deal, (Bolt EV) is expected to draw not only private customers but also corporate clients,” Lee Yong-tae, a senior sales official at GM Korea, said.

GM aims to spend $27 billion on electric and autonomous vehicle development in the next five years for its goal of selling only electric passenger vehicles by 2035, and recently announced plans to raise its spending to accelerate its timeline. 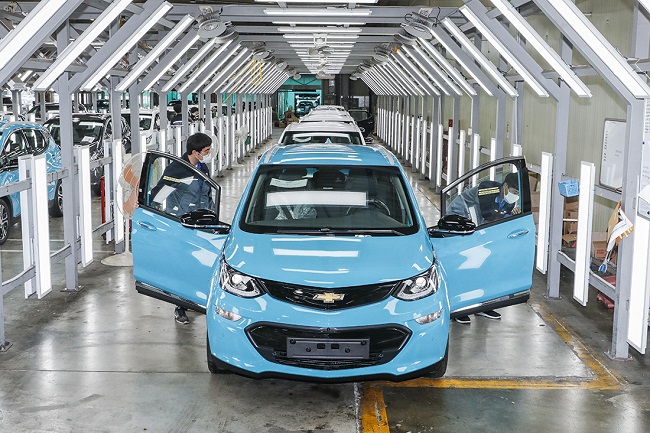 Employees of GM Korea check Bolt EVs at a factory before their delivery to Lotte Foods Co., which signed a purchase deal of 380 units, in this photo provided by the South Korean unit of General Motors Co. on May 23, 2021.

Renault Samsung, which suffered the worst on-year sales drop among the foreign auto trio in the first quarter, is also targeting the nation’s small EV market with the Renault Zoe.

The Renault Zoe, which overtook the Tesla Model 3 to become Europe’s bestselling EV, debuted in South Korea last year with a price tag of around 40 million won, which can go down to over 20 million won with government subsidies.

The South Korean unit of French automaker Renault S.A. said it sold a total of 319 units of the Renault Zoe in the first five months of this year, with its May sales jumping 56.1 percent on-year to 103 units.

Last month, Renault Samsung launched a test driving event with the Renault Zoe, which has a driving range of over 300 km, to promote it as an affordable EV model suited for urban driving.

Market watchers say it is inevitable for the foreign underdogs to release their own EV models to join the latest industry trend, but they are expected to face an uphill battle unless they have a competitive edge in terms of quality and price against their Korean and German rivals.

“It seems that the foreign automakers are releasing EV models to raise their market share under a sense of crisis that they are falling behind the latest trend,” Kim Pil-soo, a professor of auto studies at Daelim College, said.

“If they fail to release competitive new models, their presence could further shrink and cause speculation that they may exit the domestic market, which could hurt consumer loyalty.”