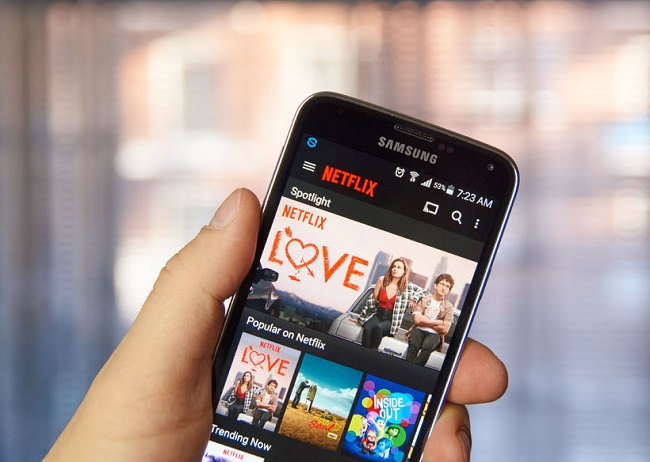 According to Hanshin University professor Shin Gwang Cheol and his team, Netflix’s success partly stems from the design of the user interface (UI) and its recommendations feature that suggests shows for viewers to watch based on previous selections. (Image:Kobiz Media)

SEOUL, Jul. 17 (Korea Bizwire) — As the popularity of “binge-watching” TV is steadily rising in Korea, a study published by a research team at Hanshin University highlights parallels between watching TV shows and playing video games.

Netflix, the video streaming industry giant, is one of the most popular options for binge-watching, especially considering a season’s worth of episodes of hit shows like “House of Cards” are uploaded to the catalogue at the same time.

Compared to offline television channels, where viewers can only watch an episode a week or one a day at best, Netflix’s treasure chest of entire series makes binge-watching a natural outcome.

According to Hanshin University professor Shin Gwang Cheol and his team, Netflix’s success partly stems from the design of the user interface (UI) and its recommendations feature that suggests shows for viewers to watch based on previous selections. Their study focused on Netflix and how it uses gamification to keep viewers’ eyes glued to the screen.

Gamification refers to the emulation of certain features of games in a non-gaming industry or sector in order to replicate the connections between gamers and games. Gamification is currently being researched in almost all sectors of Korean society for its potential in holding the attention of users.

Professor Shin’s report asserts that Netflix’s highly accurate recommendations system and its simple yet elegant UI make the user experience of the service similar to the challenging experience of a game.

Once the viewer selects an episode, Netflix automatically plays the next episode in the series without the viewer needing to lift a finger. The report makes the analogy of “leveling up” in games in comparison to the automatic changing of the episodes. As in games, where the desire to “level-up” is a primary source of motivation to continue playing, the desire to keep watching activates similar levels of motivation.

Social media has also made the issue of binge-watching more prominent, as fans of shows share their opinions and possible storylines on a variety of platforms. The dialogue with fans is akin to the competitive nature of online games amongst gamers.

“The nature of Netflix programming enables viewers to experience an increasingly heightened feeling of internal achievement,” said a member of the research team.