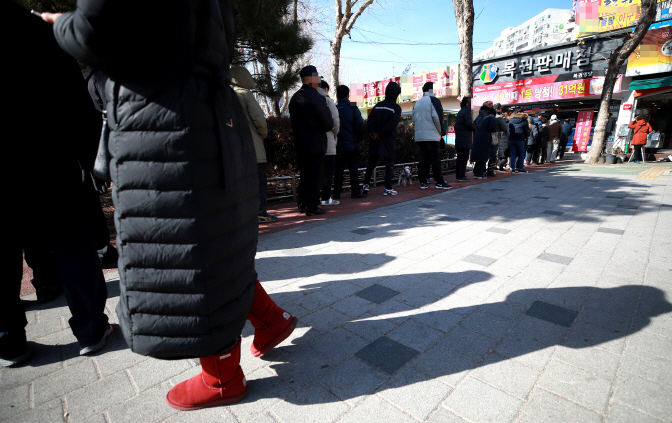 People line up to buy lottery tickets at a shop in northern Seoul on Feb. 7, 2019. (Yonhap)

SEOUL, Feb. 15 (Korea Bizwire) — Like so many other ordinary Koreans, Kim Chan-hee, a 50-something office worker, has pinned his financial hopes on apartments whose prices surged sharply last year despite a string of harsh measures by the government.

But it did not take long for him to realize his somber situation: that the price hike did not really change his situation all that much since he struggled to pay his credit card bills every month — and his retirement is in the offing.

Recently, Kim has been doing an “important” task. Once a week, he spends 20,000 won (US$17.74) on lottery tickets at a corner store in central Seoul on his way home from work.

Concerned over the spending on his daughter’s planned marriage this year, Kim is betting on the lottery to see him through.

“The money I spend is not small and it could be spent to have dinner with my kids, but I think it is a kind of investment for a better future life,” Kim says.

Kim is one of many regular customers at a store that’s abuzz selling tickets to people who hope to get rich quick by winning first prize in a weekly national lottery draw held every Saturday night.

Indeed, the small shop draws a long line of customers on weekdays. On Fridays, 300 people on average visit the shop, which also sells cigarettes, snacks and beverages.

“I am not sure how many tickets are sold every week,” says the owner, surnamed Hong. “But I can say that more people are flocking to buy lottery tickets than in the past. 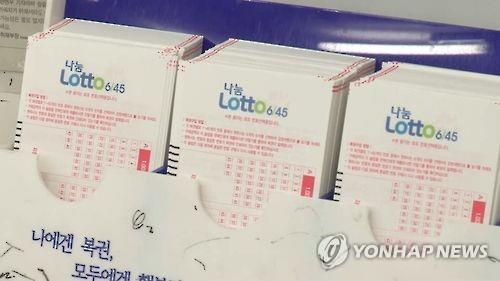 The national lottery, named Lotto, was introduced in South Korea in December 2002 to raise money for government welfare services and sports development.

Many South Koreans buy national lottery tickets every day, hoping to beat the astronomically slim odds. Some even travel far and wide to find “lucky” stores that have a track record of having sold many winning tickets.

In northern Seoul, dozens of people queue up every day at one such store, which is said to have sold more than 30 winning tickets.

Underscoring this social trend, sales of Lotto tickets reached a new high last year, although growth slowed, according to the government.

Total Lotto sales are estimated at 3.97 trillion won for last year, up 4.4 percent from the previous year. This figure translates into every South Korean spending 76,800 won last year on lottery tickets, with an average of 11 billion won worth of tickets sold a day, the government says.

The previous highest ticket sales came in 2003, when 3.82 trillion won in lottery tickets were sold.

A buying frenzy gripped the nation after a winner took a record prize of 40.7 billion won in April that year, including money carried over from previous draws.

But total sales plunged 13.7 percent to 3.29 trillion won in 2004 as the government restricted the carryover of prize money to once only and halved the price of each game to 1,000 won. 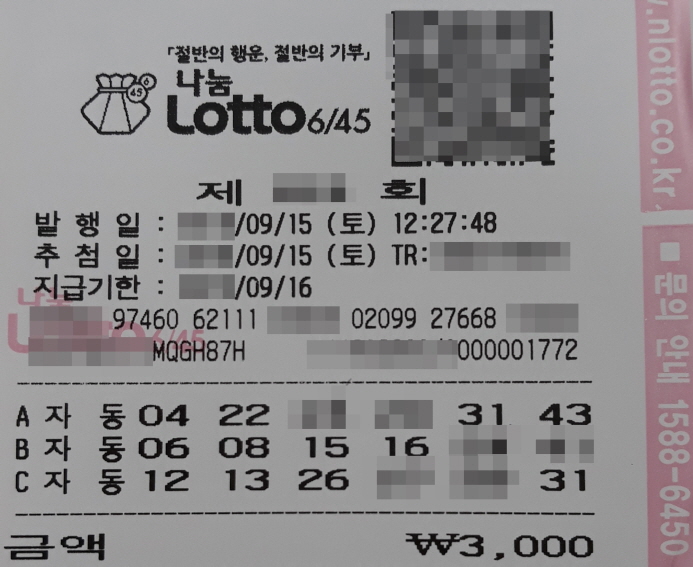 The government says that last year’s record high sales were due to there being more sales outlets. But many say that increased sales reflect the sobering reality that more people are stressed out by tough daily life, especially tight budgets, and are thus seeking an easy way out of their situations even if it means placing their hopes on a lottery slip.

Lotto’s popularity could be relevant to economic hardship. Hit by a worsening job market, excessive household debt and slowing growth, more citizens are attracted by the allure of the lottery.

For the whole of 2018, the unemployment rate stood at 3.8 percent, the highest since 2001, when the corresponding figure came to 4 percent. The number of jobless people stood at slightly over 1 million in 2018, the largest since 2000 and the third straight year that the figure surpassed the 1 million mark.

While Asia’s fourth-largest economy is still showing decent expansion on the back of robust exports, many don’t directly feel the benefit of it, according to analysts.

Kim Ki-ho, a 40-something man who runs a small restaurant in western Seoul, buys lottery tickets every week without fail, seeking a windfall.

“I know the chances of winning are near zero, but still there are winners. That’s because I and other people buy lottery tickets,” Kim says.

For many who are under financial duress, a winning lottery ticket is their only way out, he notes.

“Rising housing prices, the frenzy for bitcoins and high salaries are far removed from ordinary folk like me,” says Kim.

He says he would not become extravagant in his spending even if he won, but he would be satisfied with fulfilling what he called small, humble wishes.