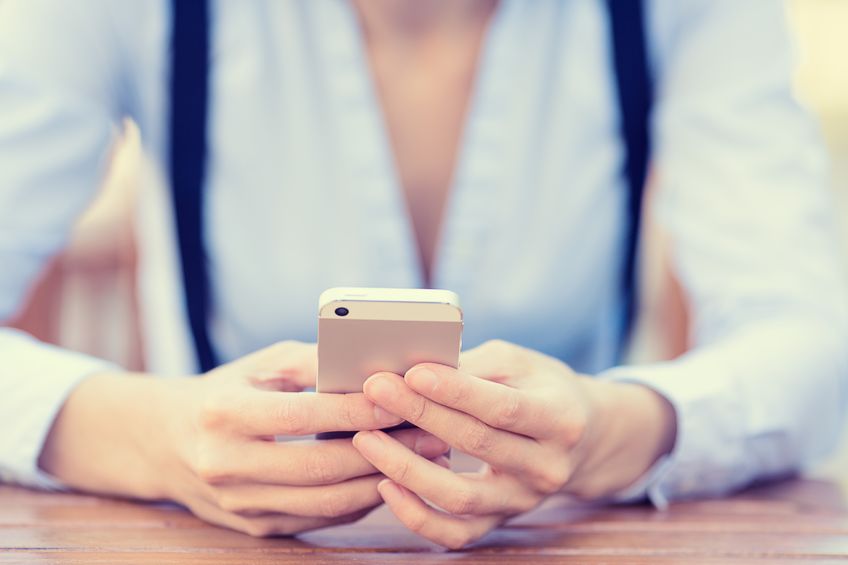 Of the total smartphone-using hours, 15 percent was accounted for by web surfing and the remaining 85 percent was spent on using apps including social networking services. (image: Kobizmedia/Korea Bizwire)

SEOUL, Dec. 17 (Korea Bizwire) – The average amount of time Koreans spend staring at their smartphones a day is estimated at more than 3 hours. According to a research report “Five Years after Introduction of Smartphone, the Change in Mobile Life” published by the KT Economics & Management Research Lab on December 16 based on data released by Nielsen Korean Click.

The report said that the average length of time the nation’s smartphone users spend on using their mobile devices was 219 minutes (3 hours and 39 minutes), excluding voice call hours. This is 2.4 times higher than 91 minutes record in March 2012.

Comparing to the figures in 2008 before the smartphone’s introduction, the way people carry their mobile devices has changed significantly, with the percentage of users carry their handset in their jacket pockets (30% to 39%) and in their hands (17% to 25%) rising while that for users carrying the device in bags falling to 15 percent from 26 percent.

Of the total smartphone-using hours, 15 percent was accounted for by web surfing and the remaining 85 percent was spent on using apps including social networking services. In an analysis of content use by time of the day, the ratio of use for communications apps such as KakaoTalk has been consistently high above 50 percent from 10 am to 8 pm of the day.