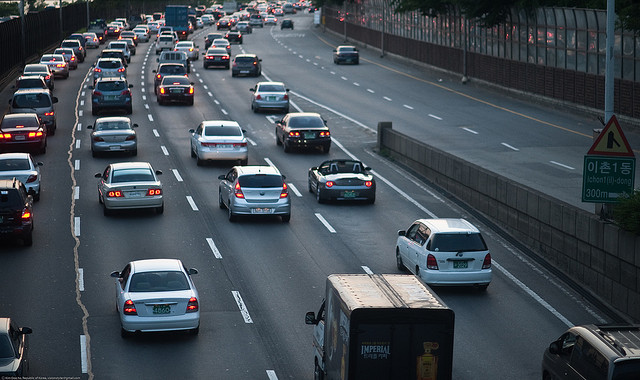 The single most popular model of all these cars was Hyundai’s Sonata while that for import brands was the BMW Series. (image: Visionstyler Press/flickr)

SEOUL, Nov. 6 (Korea Bizwire) — Korea’s automobile registration number has surpassed the 20-million level. This is fourth among Asian countries following Japan (reached the milestone in 1972), China (2002), and India (2009), and 15th in the world. The single most popular model of all these cars was Hyundai’s Sonata while that for import brands was the BMW Series.

The Ministry of Land, Infrastructure, and Transport said on November 4 that the registration number hit the 20-million mark at around 11 am on October 30. Comparing to the first year in 1945 when the automobile registration scheme was first introduced, the figure increased by 2,708 times from 7,386 units in 69 years.

The transport ministry predicted that this year’s automobile registration growth rate is projected to go back up to the 4 percent level in 11 years since 2003. That’s mainly because most car makers are launching new models while the demand for sports utility vehicles is rapidly rising due to people’s increased penchant for auto camping. The brisk sale of imported brands also contributed to the rise in automobile registration.