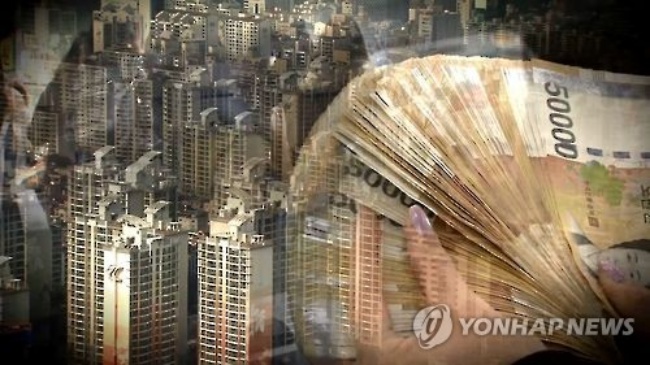 Industry watchers say much of the output gains came from the loan business. (Image: Yonhap)

According to Statistics Korea, the year-on-year production growth of financial institutions in 2016 was more than triple the 3 percent reported for the overall services industry.

By institution, banks gained 9 percent, the highest since 11.8 percent in 2008. Nonbank depository institutions including savings banks and credit unions posted 17 percent, the fastest since 2000 when Korea began tracking the industry.

On a monthly basis, banks have been gaining an average 4 percent since 2015. They posted double-digit monthly growth from August 2016 to November when the figure hit the year’s highest 11.3 percent. The curve has since gone downward but managed to record 7.6 percent in January and 8.1 percent in February.

Nonbank institutions also saw double-digit growth from September 2015 to February this year. The growth peaked in 20.8 percent in January 2017, which broke the previous record of 20.5 percent tallied in November last year.

Industry watchers say much of the output gains came from the loan business.

In 2016, Korea’s household debts jumped 11.7 percent on year to 1,344 trillion won (US$1.18 trillion), according to the Bank of Korea. At the end of 2015, the debt-to-disposable income ratio came to 169 percent, much above the 129.2 percent average for member states of the Organization for Economic Cooperation and Development.

Shinhan Bank’ interest income increased 8.1 percent year-on-year to 4.5 trillion won in 2016, which took the lion’s share of its 30.2 percent increase in net profit with 1.94 trillion won.

Woori Bank reported 1.26 trillion won in net profit last year, up 19.1 percent from the previous year and a record high since 2012, driven by a 5.4 percent gain in interest revenue.