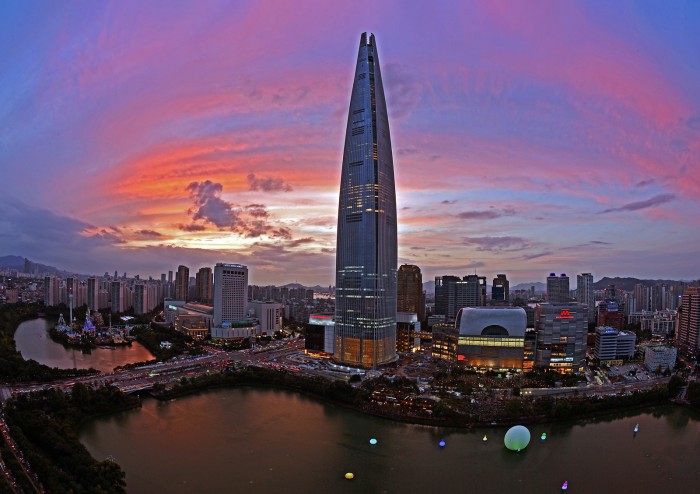 The building is a 123-story, 555-meter high skyscraper that is currently the tallest building in the country, and the fifth tallest in the world.

First prize went to Kim Seung-rae for his Lotte World Tower in Sunset Colors (translated), a panoramic photo of the tower and the adjacent Lotte World Mall at sundown, while second prize went to Kim Woo-sik for Tourists on a Fine Day, which captured the building from the neighboring Seokchon Lake. 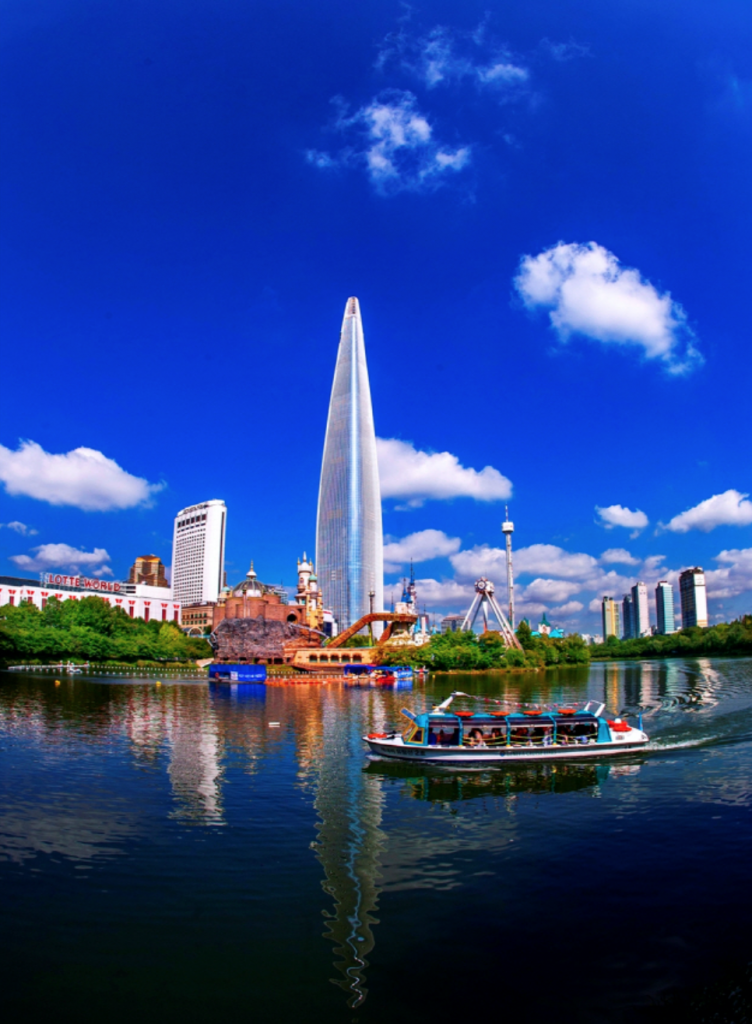 Tourists on a Fine Day by Kim Woo-sik.