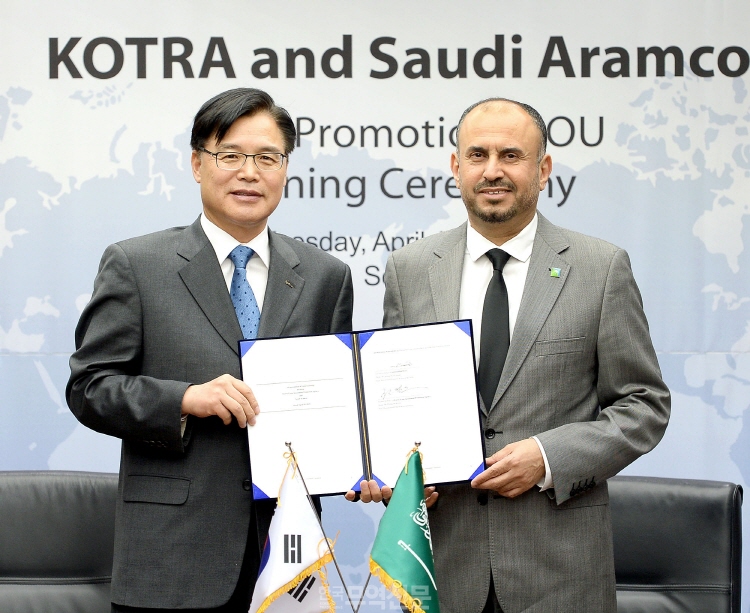 KOTRA said it expects the MOU signed at KOTRA’s headquarters in southern Seoul on Tuesday will help South Korean firms make inroads into Saudi Arabia, which has been undertaking a variety of development projects under the Vision 2030 economic reform plan to find new growth engines aside from energy exports.

Among the participating companies are the Saudi Arabian General Investment Authority; Al-Tamimi & Company, the largest corporate law firm in the Middle East; and Al Akaria Hanmi, a joint venture between HanmiGlobal and Al Akaria, the No. 1 developer in Saudi Arabia.