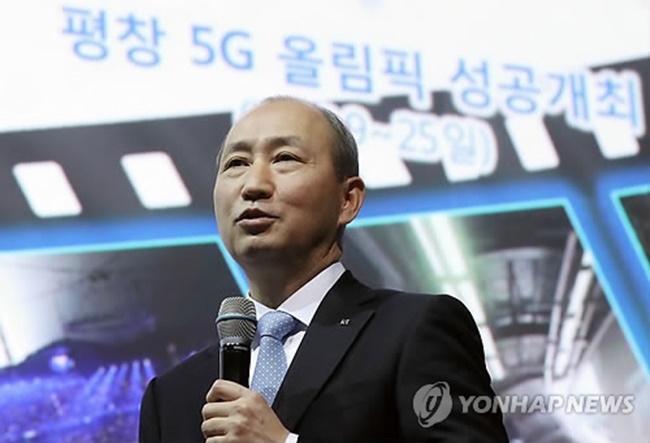 KT said its goal is to provide “perfect 5G” service by building a nationwide infrastructure so faster and more stable data processing, far exceeding the capacity of the existing 4G network, or long-term evolution (LTE), will be available to mobile device users.

“It is true 5G only when coverage is guaranteed,” Oh Seong-mok, president of KT’s network business division, told reporters in Seoul.

During this year’s PyeongChang Winter Olympics, KT offered a trial service of its 5G service for the first time in the world, allowing athletes and visitors to experience data transmission speeds 40-50 times faster than LTE.

“KT will launch the 5G service for the first time in the world that combines true mobility, excellent service and nationwide coverage,” the executive said.

FWA provides connection to the Internet via wireless mobile networks, rather than traditional cable. Verizon plans to provide fixed 5G with an FWA system in the first half of this year.

Oh said commercializing the 5G service based on FWA is a step backward as the technology has already been seen before.

Customers, meanwhile, may not be able to immediately use 5G service next year as major makers of smartphones and chips, including Samsung Electronics Co. and Qualcomm Technologies Inc., will only start shipping phones and chipsets that support the next generation telecommunication regime between the end of this year and the first half of 2019, KT said.

Industry watchers said that at present, it is virtually impossible to set up a 5G nationwide network on par with existing LTE coverage, so full-fledged services will invariably be offered in major metropolitan areas first.