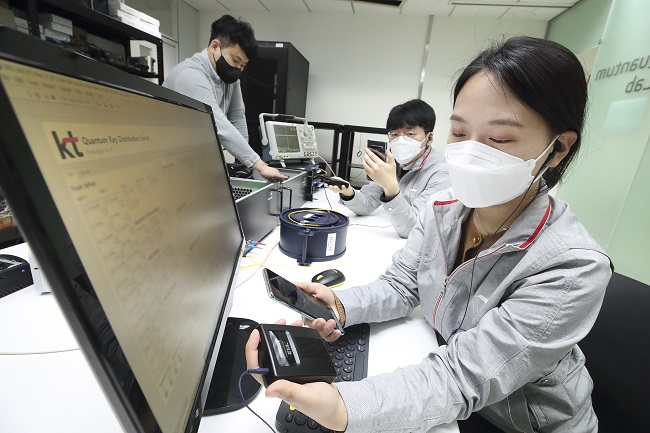 The new technology enables the use of quantum encryption technology without a physical scrambler device.

A scrambler is a device that prevents signal theft by sending the voice data in an encrypted format.

If a receiver is not equipped with a descrambling device, the encrypted voice data cannot be deciphered. Scramblers are used mainly in defense areas and national intelligence agencies.

When making use of the quantum encryption technology that KT developed, users can have secure communication through ordinary smartphones even without using a scrambler.

If a quantum security communication terminal is connected to both the sender and receiver’s devices, the security mode is activated and the voice is encrypted, thereby providing protection against any attempt to eavesdrop on conversation.