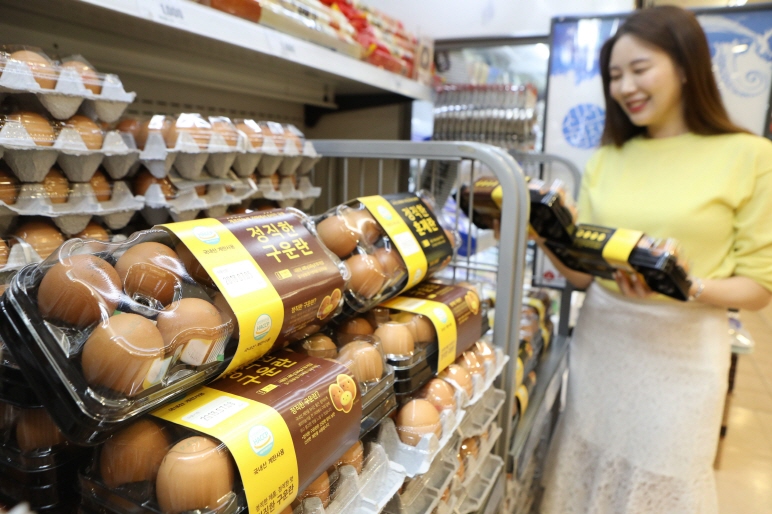 SEOUL, Jun. 18 (Korea Bizwire) — With a surge in the number of single-unit households and as interest in health and diet by the public grows, ready-to-eat eggs are becoming more popular as they do not require cooking for consumption.

According to Lotte Mart, sales of the pre-cooked eggs grew 16.7 percent between January and May of this year compared to the same period last year.

In May, sales were up 27.5 percent from the same month last year. Meanwhile, sales of raw eggs dropped by 6.1 percent.

As stable egg production brought down prices this year, the difference in sales between the two types of eggs was brought on, analysts say, by heightened consumer preference for ready-to-eat eggs.

The latter includes all types of processed eggs including broiled, smoked and half-broiled. In addition, many consumers are choosing eggs as part of their preferred diet, as they are a healthy source of protein.

But with sales soaring, Lotte’s online shopping website started to offer its broiled and smoked eggs in larger packages of 30.

Lotte has also started to sell a variety of ready-to-eat eggs such as flavored eggs and “moist” half-broiled ones.

Meanwhile, convenience store giant CU reported a sales increase of 10.8 percent for its ready-to-eat eggs, while sales of raw eggs were less impressive with 4.6 percent growth.

An official at BGF, the parent company of CU, said that processed eggs were formerly considered as snacks.

“However, as ready-to-eat eggs have become popularly regarded as diet products, they have become better selling than raw eggs,” said the official.