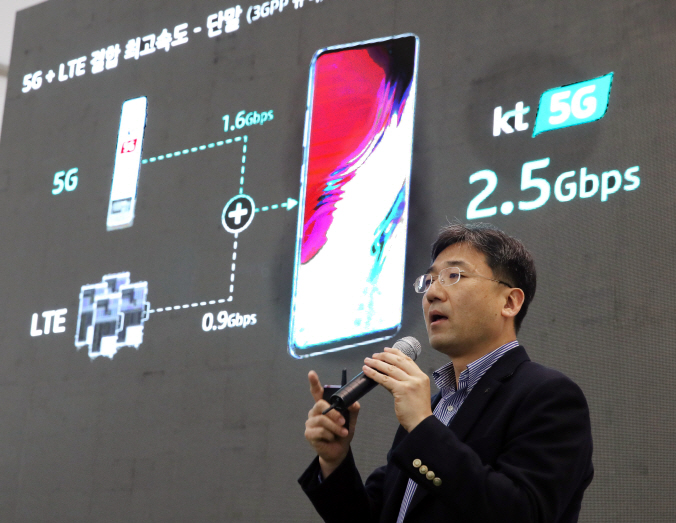 SEOUL, Mar. 26 (Korea Bizwire) — KT Corp., one of South Korea’s largest telecommunication companies, said Tuesday that it plans to build 30,000 network stations across the country for its first 5G services, which are slated to kick off early next month.

The country’s three main telecommunications companies, including LG Uplus, are set to provide customers with 5G connectivity starting next month.

KT said it has set up 5G connectivity in areas where there are large concentrations of people, such as 464 universities, shopping malls and department stores.

Samsung Electronics Co. said earlier it will release its first 5G smartphone in the first week of April in South Korea, which will be the world’s first mobile device with the next-generation network capability.

The South Korean tech giant said Galaxy S10′s 5G model will go on sale on April 5, without a pre-order program.

South Korea’s three mobile carriers have been preparing to roll out their commercial 5G service for Samsung’s smartphone built for the high-speed network.