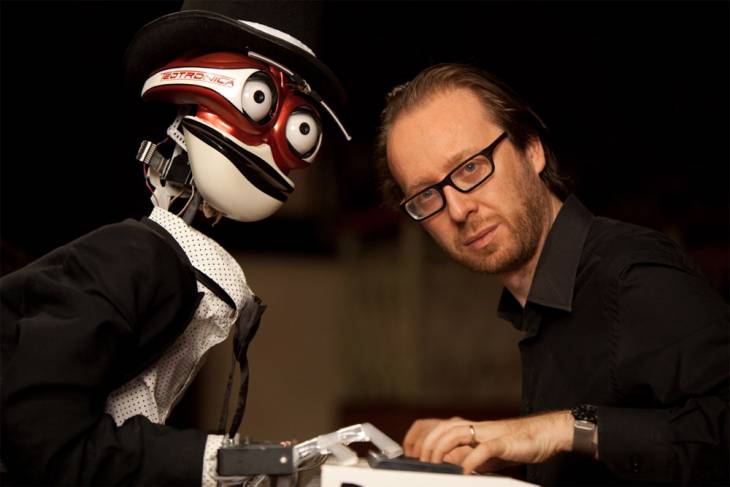 SEONGNAM, May 17 (Korea Bizwire) – With machines running up a series of victories against their human competitors, it almost seems like they’re capable of beating humans in every aspect of life. But could they trounce us even when it comes to emotions?

The performers were Italian pianist Roberto Prosseda, and a robot-pianist called Teo Tronico. Both played the same piece of music in their own style, and then assessed each other in the form of a talk show.

The pianists performed a variety of classical pieces, including Chopin Nocturne op.9 No.2, Scarlatti piano Sonata K.427, Turkish Rondo by Mozart, and Rachmaninoff’s Flight of the Bumblebee.

Teo was true to the sheet music, which had been programmed into its memory earlier, while Roberto was more humane, interpreting and expressing the music with his own emotions.

When the host asked Teo about its assessment of Roberto’s performance, it said, “I was made to perform to perfection, which makes me the best pianist of this generation. I paid my respect to the composers by providing precise performances, which Roberto deviated too much from.”

Roberto countered by saying, “although Teo played perfectly without any mistakes, it was unable to control the dynamics or the tempo. Most of all, it was not able to interact with the audience emotionally because of its lack of human emotions.”

Teo’s replies were pre-recorded to answer the host’s questions.

Although this was the first performance in Korea, the man vs. robot piano battle has been at the center of media attention in Europe since 2012.

Teo was created in 2012 in Italy. It is programmed to perform 800 pieces by 143 composers. It also has 53 fingers that help play with ultimate perfection. The robot’s creator, Matteo Suzzi, explains that Teo prefers more rhythmical pieces such as jazz, and music for film and animation. 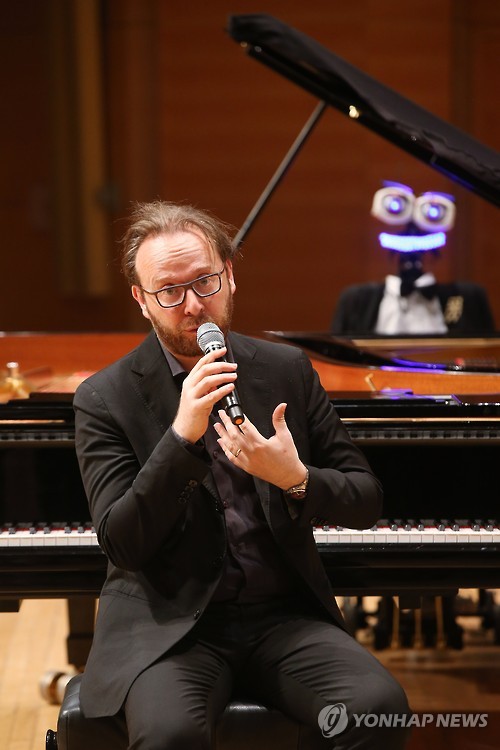 Roberto countered by saying, “although Teo played perfectly without any mistakes, it was unable to control the dynamics or the tempo. Most of all, it was not able to interact with the audience emotionally because of its lack of human emotions.” (image: Yonhap)

“I agree that despite all the hype over artificial intelligence, the field of arts is still a human territory,” said Roberto. “I disagree, however, on how society seems to place too much emphasis on reason and perfection, which can hurt our humaneness.

“It is important to understand emotions, to know the differences between those emotions, and to understand and communicate, which I think is true listening,” he continued. “And it is exactly why humans are irreplaceable in such performances. We shouldn’t forget this.”

The event, sponsored by the Seongnam Arts Center and Seongnam Office of Education, is aimed at children and students as part of the culture and arts education curriculum.

The performances will continue until May 20. 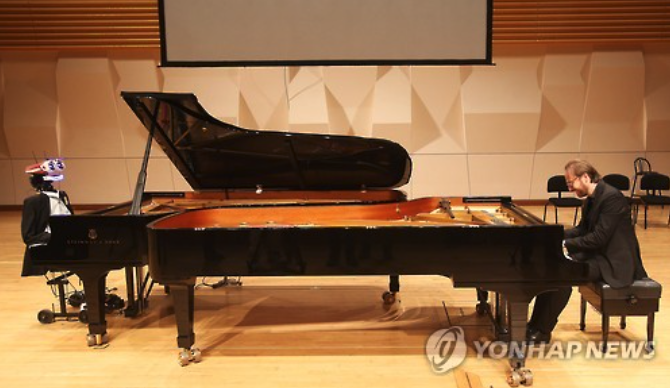 One thought on “Could Robots also Best Humans in Emotions?”