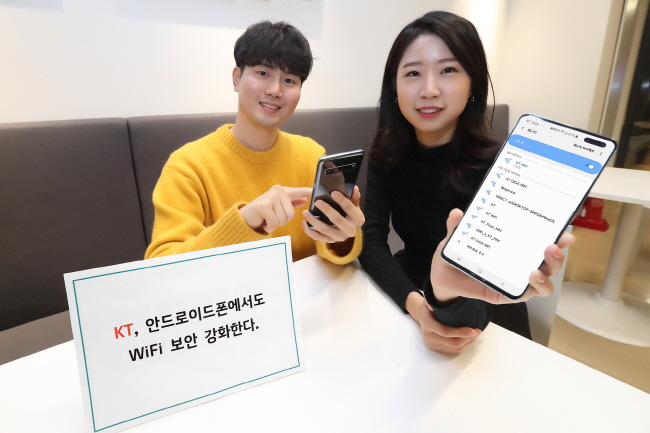 KT said it will apply a technology that protects International Mobile Subscriber Identity (IMSI) for Android phones to its 130,000 wireless zones nationwide. IMSI is a unique number that identifies a subscriber in the wireless world.

KT said its system will encrypt IMSI and will protect users’ data on their mobile devices and at WiFi access points. The company introduced such a system for Apple’s iPhones in October.