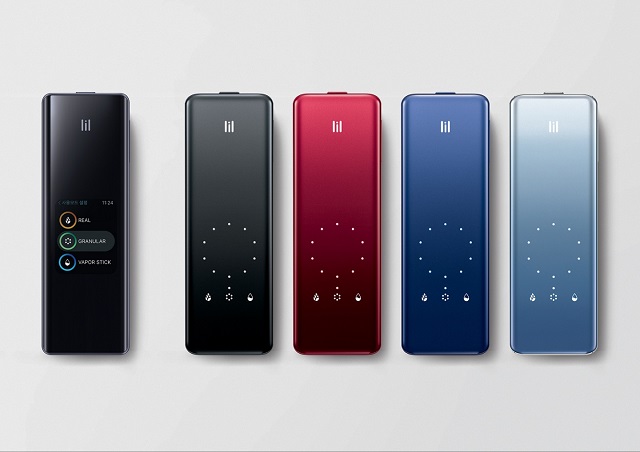 This file photo offered by KT&G shows its all-new heat-not-burn product lil ABLE, which will be released in South Korea on Nov. 16, 2022.

KT&G will release the lil ABLE heat-not-burn, or smokeless tobacco products, and its premium version lil ABLE PREMIUM initially for local customers on Nov. 16, the company said in a statement.

KT&G has exported its heat-not-burn products, including its lil SOLID and lil HYBRID products, to more than 30 countries since 2020 through the sales networks of the New York-based Philip Morris International Inc.

Currently, KT&G earns 90 percent of its overall sales from the cigarette business division and the remaining 10 percent from the heat-not-burn division.

“Some shareholders have recently suggested the company raise the ratio of the heat-not-burn division to 50 percent of the total sales by 2025. We don’t see achieving the figure is impossible because the e-cigarette market is rapidly growing amid concerns for health,” Lim Wang-seop, who leads KT&G’s next generation product team, said in a press conference.

The company will focus on 10 major markets, including Russia and Japan, to sell its heat-not-burn products in the coming years, the executive said.

“We expect demand for heat-not-burn products in the West Europe and Eurasia markets to report an ‘explosive’ growth for years to come though the ratio of sales in the Asia-Pacific region will likely fall,” he said.

Heat-not-burn products are electronic devices that, unlike e-cigarettes, contain tobacco. The tobacco is heated to a high temperature without setting it alight and creating smoke that the user sucks in.

In the July-September quarter, KT&G’s net profit jumped 29 percent to 463 billion won (US$325 million) from 359 billion won a year earlier, helped by increased exports and a weak won.

From January to September, net income climbed 21 percent to 1.06 trillion won from 878.58 billion won in the same period of last year.