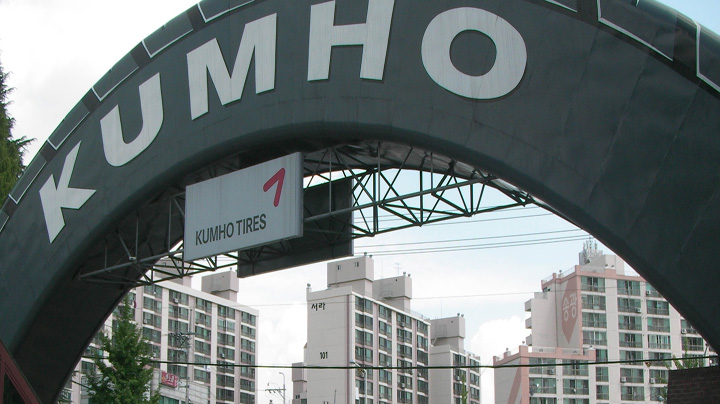 The head of Kumho Asiana Group has been urging creditors to allow him and the special purpose company he created to buy the tiremaker. (image: Yonhap)

SEOUL, March 29 (Korea Bizwire) – Creditors of Kumho Tire Co. are set to send a notice to the chief of Kumho Asian Group asking him to provide details for a buyback plan for the country’s No. 2 tiremaker, including the formation of a consortium to take over the business, industry sources said Wednesday.

The creditors, led by the state-run Korea Development Bank (KDB), said earlier they would review whether to allow Park Sam-koo, chairman of the logistics conglomerate, to exercise his right to buy back Kumho Tire, after receiving the plan they have requested.

Park is required to show his intention of whether to take over Kumho Tire, and submit the financing plan by the April 19 deadline, according to the sources.

The head of Kumho Asiana Group has been urging creditors to allow him and the special purpose company he created to buy the tiremaker.

But the creditors have been reluctant to do so because they believe that Park may face difficulties getting the necessary funding.

The sources said the KDB-led creditors will proceed with the sale of Kumho Tire to Chinese tiremaker Doublestar, unless the Kumho Asiana chairman formally expresses his takeover intentions.

Kumho Tire was placed under a creditor-led workout program in 2009 after its parent company was hit by a liquidity problem following its takeover of Daewoo Engineering and Construction Co.

At that time, Park was given a priority option to buy back the country’s tiremaker should the creditors of Kumho Tire decide to sell the company.

The creditors signed a deal earlier this month to sell their combined 42.01 percent stake in the tiremaker to Chinese tiremaker Doublestar for 955 billion won (US$831 million).