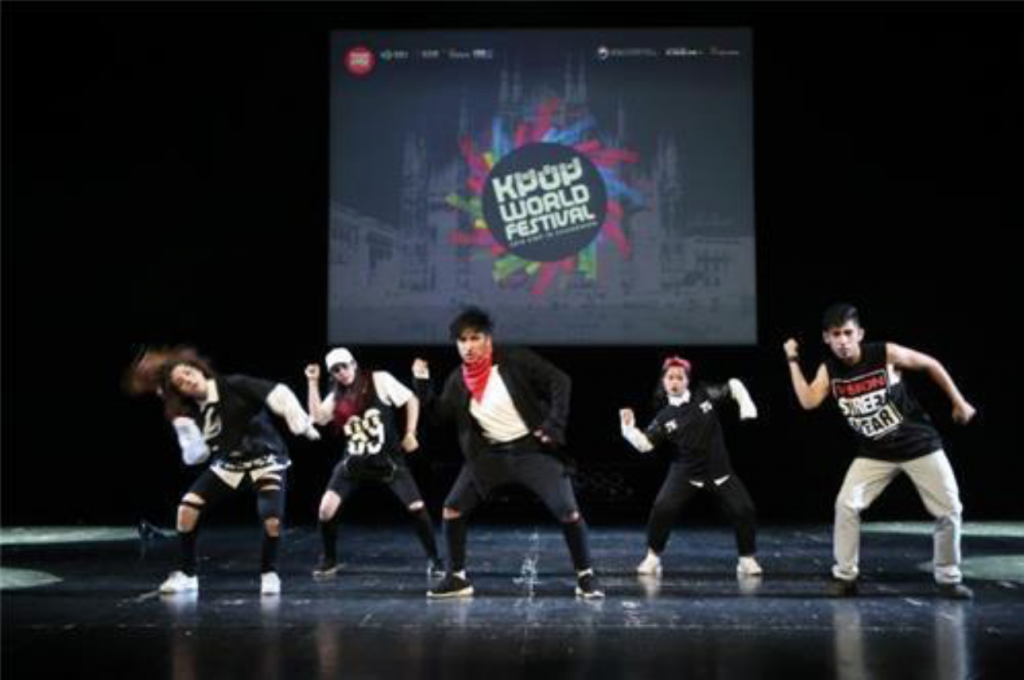 Competitors perform during a local preliminary of the 2016 K-pop World Festival in Milan on June 25, 2016. (image: Yonhap)

A total of 13 teams competed in the event at Elfo Puccini Theater in Milan on Saturday to secure a ticket to perform in the main event scheduled to happen in Changwon, 398 kilometers southeastern of Seoul, in September.

In the “Sing” category, Carma, a four-member female team, won with Mamamoo’s “Mr. Ambiguous,” while M2B, a 10-member mixed team, topped the “Performance” category by dancing to the dramatic tune of UP10TION’s “Dangerous.”

Once passing a final screening test that will check out their performance via a video clip, the two winners will compete in the final in Korea.

The event is the second of its kind in the Italian city and around 500 K-pop fans and spectators joined.

“I think it was a good chance to publicize Korean mass culture to young Italians and the consulate will continue organizing similar events to expand local understanding of the Korean culture,” said Jang Jae-bok, the South Korean Consul General in Milan.